Can you wait? Can you stand the excitement!? Neither can I…. It’s the Year for Priests 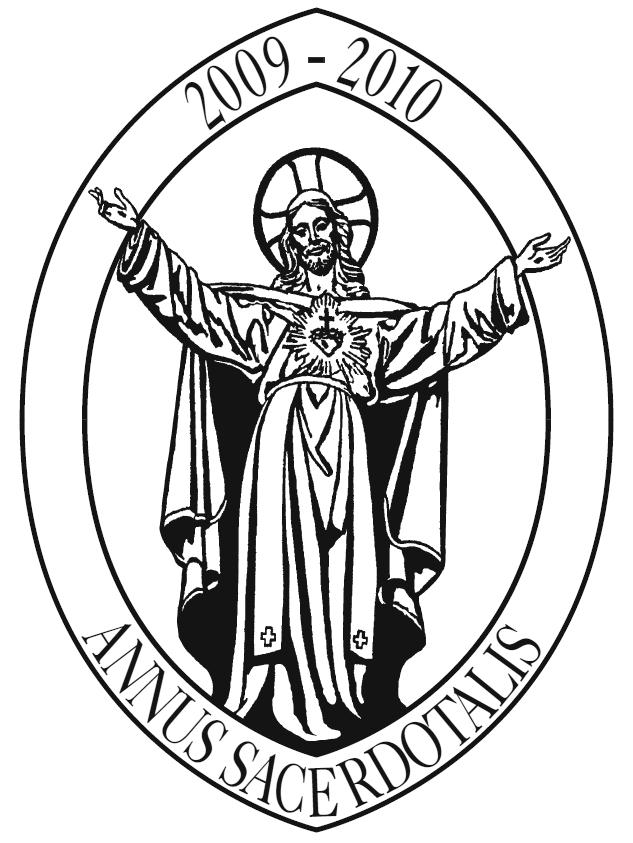 “Here I am everyone! Come unto me!”

I have the feeling I’m a bit cynical going into this. I truly want to be prayerful about it.

As we shortly commemorate the “150th anniversary of the pious departure to Heaven of St John Mary Vianney, the Curé d’Ars”, the Year for Priests will commence.

The Year for Priests, announced by our beloved Pope Benedict XVI to celebrate the 150th anniversary of the death of the saintly Curé of Ars, St. John Mary Vianney, is drawing near. It will be inaugurated by the Holy Father on the 19th June, the feast of the Sacred Heart of Jesus and the World Day of Prayer for the Sanctification of Priests. The announcement of the Year for Priests has been very warmly received, especially amongst priests themselves[oops.]. Everyone wants to commit themselves with determination, sincerity and fervour so that it may be a year amply celebrated in the whole world – in the Dioceses, parishes and in every local community – with the warm participation of our Catholic people who undoubtedly love their priests and want to see them happy, holy and joyous in their daily apostolic labours.

Well it’s certainly a good opportunity to get in the spirit of things. There are special indulgences attached:

A. Truly repentant priests who, on any day, devoutly recite at least morning Lauds or Vespers before the Blessed Sacrament, exposed for public adoration or retained in the tabernacle, and who, after the example of St John Mary Vianney, offer themselves with a ready and generous heart for the celebration of the sacraments, especially Confession, are mercifully granted in God the Plenary Indulgence, which they may also apply in suffrage to their deceased brethren, if, in conformity with the current norms, they receive sacramental confession, participate in the Eucharistic banquet and pray for the Supreme Pontiff’s intentions.

Furthermore the Partial Indulgence is granted to priests, who may likewise apply it to their deceased confreres, every time that they devoutly recite the prayers duly approved so as to lead a holy life and to carry out in a holy manner the offices entrusted to them.

B. The Plenary Indulgence is granted to all the faithful who are truly repentant who, in a church or in a chapel, devoutly attend the divine Sacrifice of Mass and offer prayers to Jesus Christ the Eternal High Priest, for the priests of the Church, and any other good work which they have done on that day, so that he may sanctify them and form them in accordance with His Heart, as long as they have made expiation for their sins through sacramental confession and prayed in accordance with the Supreme Pontiff’s intentions: on the days in which the Year for Priests begins and ends, on the day of the 150th anniversary of the pious passing of St John Mary Vianney, on the first Thursday of the month or on any other day established by the local Ordinaries for the benefit of the faithful.

It will be most appropriate, in cathedral and parish churches, for the same priests who are in charge of pastoral care to publicly direct these exercises of devotion, to celebrate Holy Mass and to hear the confession of the faithful.

I am going to pray for the grace to be open to the upcoming Year for Priests.