Hi, my name is Kenneth, and I’m a Scrabblaholic. 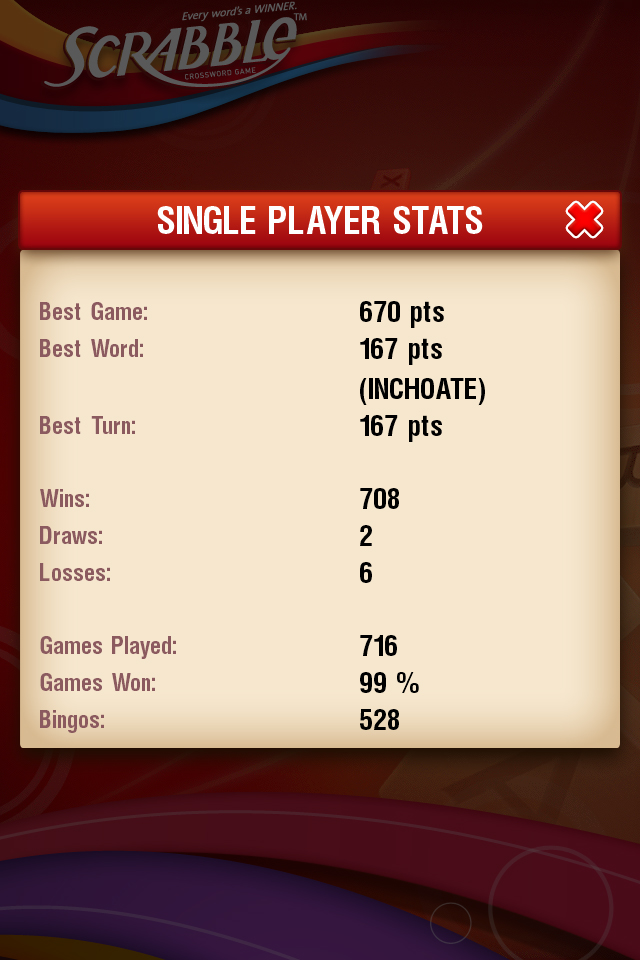 About a year ago I got an iPhone. Then, I discovered the Scrabble ap.

And I’ve played the computer 718 times since then. It’s been very enjoyable. 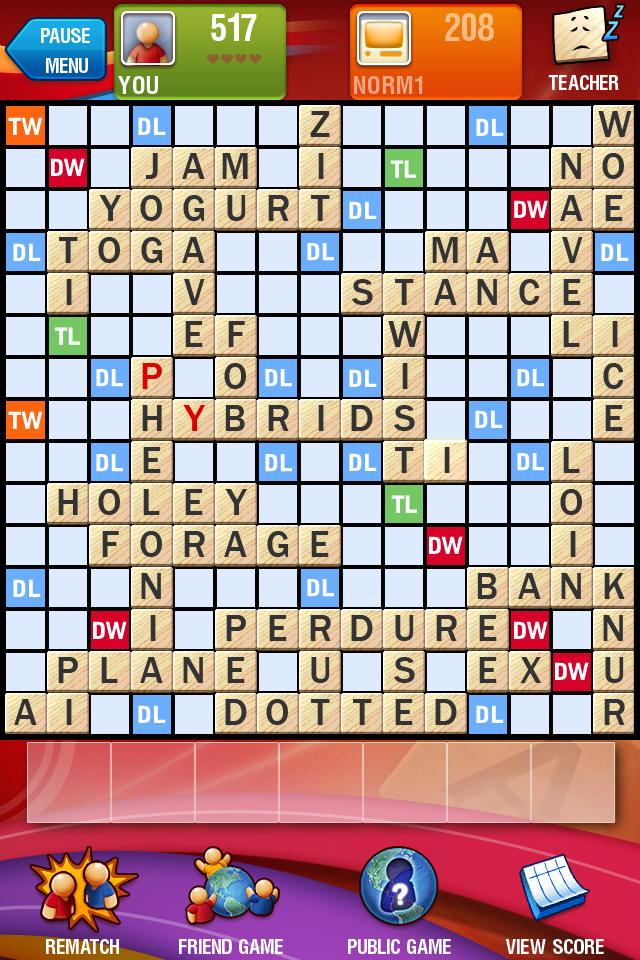 This is a typical game. It always called to me and beckoned before sleep arrived. I would force it away and stick to my prayers.

Ridiculously, I kept Norm1 set to ‘Moderate’ skill level, so I would be assured of a win while I practiced.

Isn’t that ridiculous? I also headed over to wineverygame.com where I learned lots of new words. That’s completely not ridiculous. 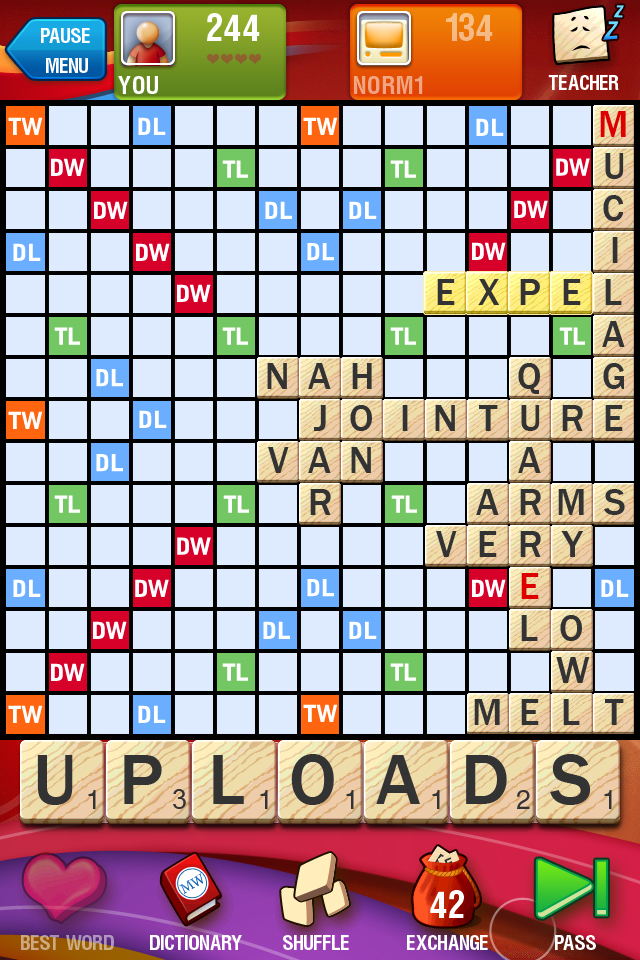 Here is another one. There’s nothing more frustrating than having a seven letter word and no place to play it!

Except maybe when you cleverly play an actual two letter word like ‘oe’, and quickly learn that you’re play is completely invalid. (Zito.) Complete deflation. 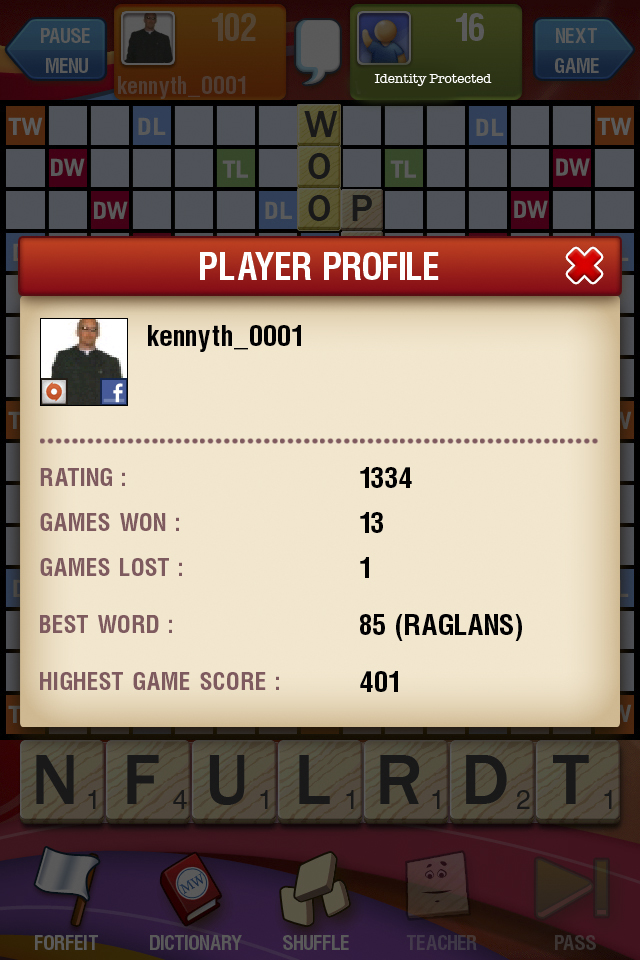 Still, there had to be more of a challenge aside from bumping Norm1’s skill level to difficult. (And when he’s difficult, he’s very difficult.)

So a week or so ago I took the plunge and started playing actual people. Norm1 took it very well. I’ve blocked out the other player’s name here; anonymity is key for Scrabblaholics.

Although to be fair, the person I was playing is hardly a Scrabblaholic. 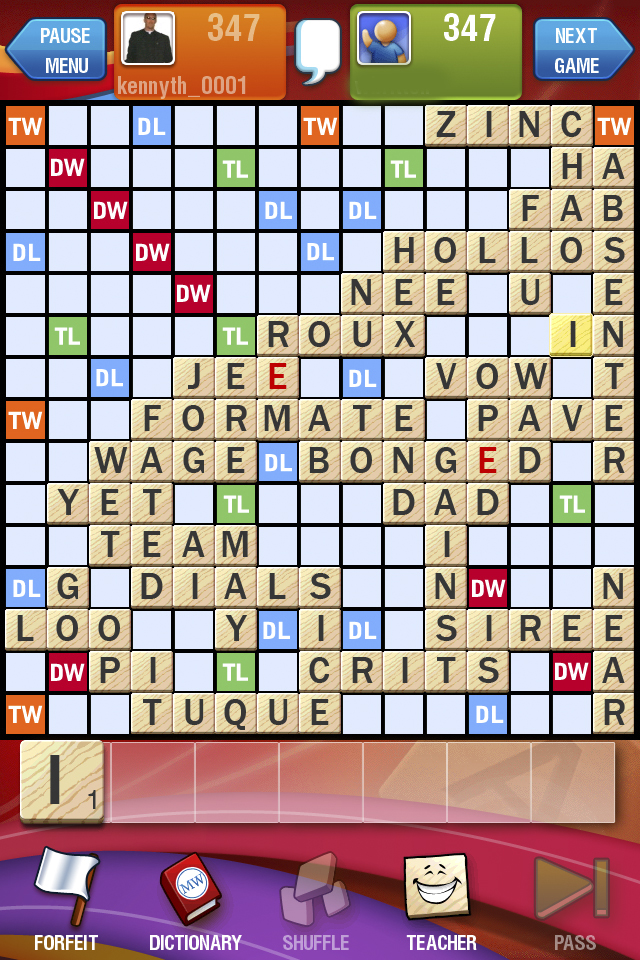 Here you get actual sit-on-the-edge-of-your-seat type action at the drop of a hat. This game was a tie down to the last two letters. I had a measly ‘i’ and was concerned. I was totally caught up in the rush of it all and was completely not counting letters, so had no clue what my opponent had. Though obviously he didn’t have the ‘z’ or the ‘q’. Or the ‘x’.

Teacher is grinning from ear to ear over the word ‘in’, which I had made with my second to last letter, also an ‘i’. Things are bad when that’s enough to elicit such a reaction from Teacher. 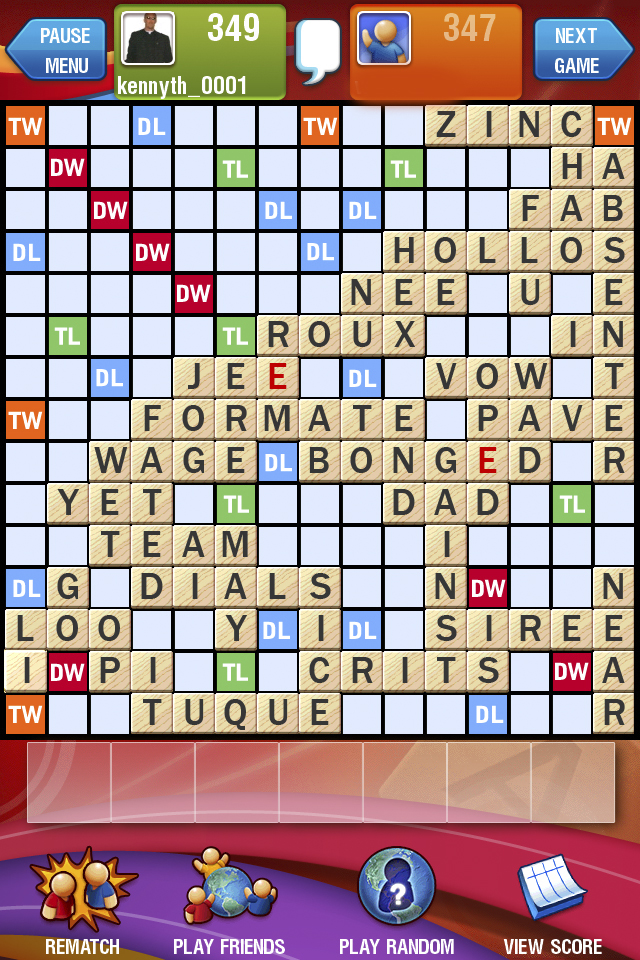 He passed! Couldn’t play at all.

So I played my ‘i’ in the lower left hand corner and squeaked in to the victor’s circle. 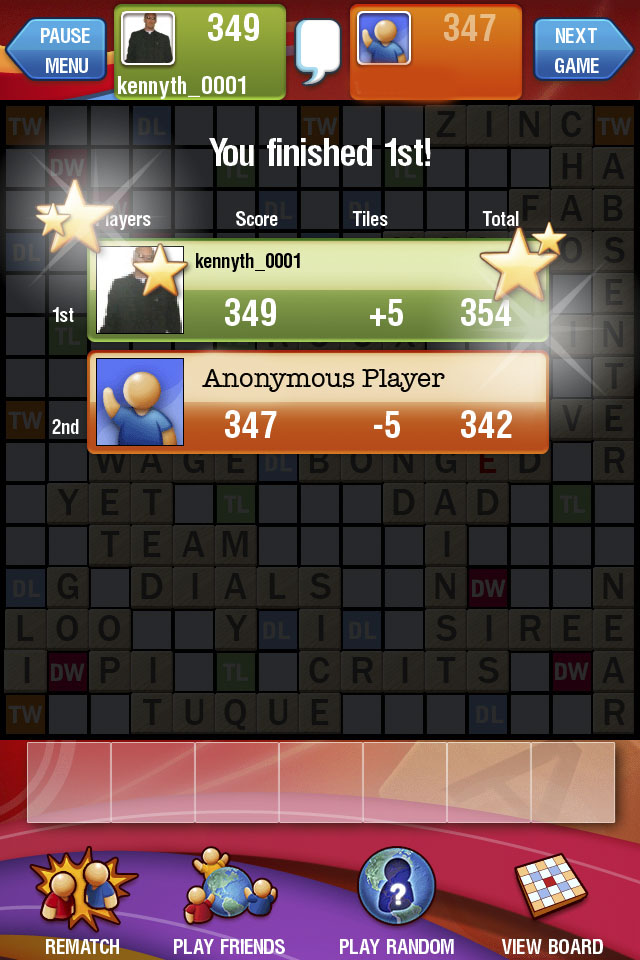 Poor sap had the ‘k’. And I got gold stars and twinkles.

I mean… excuse me, I mean… winning or losing isn’t everything, it’s how you play the game.

Isn’t it? Every word’s a winner?

I’m bumping up Norm1’s skill level to difficult, just in case. And resetting the game stats. My recent games have been unbelievably fortunate when it comes to letter picks. The other player there is brilliant.

All in all, the brightness of the interface is a bit too bright for me late at night, so I’ve calmed down and taken to reading again before sleep arrives. Although, surely just one game before bed wouldn’t hurt…

Liesure, a spiritual need, is always enhanced by a good game of Scrabble. But not by too many.