Editor’s Note: This is yet another post in an ongoing series of posts from a food blog I had started earlier in the year. My idea was to eventually work up a Catholic Kitchen site.

There’s a Priest in the diocese who complains that all I think about is food. Can you even imagine? Does he even realize how much time it takes to learn Photoshop? Yet, it is an interest and as we’re called to ‘use the internet for good’, sometimes all one can do is share the journey of life…

If Catholic food blogs aren’t your thing, have no fear. I’m almost out of posts from that blog. But this warm weather soup is truly amazing; not hot, very light, filled with nourishment, and utterly delicious.

I was pleasantly surprised with this. 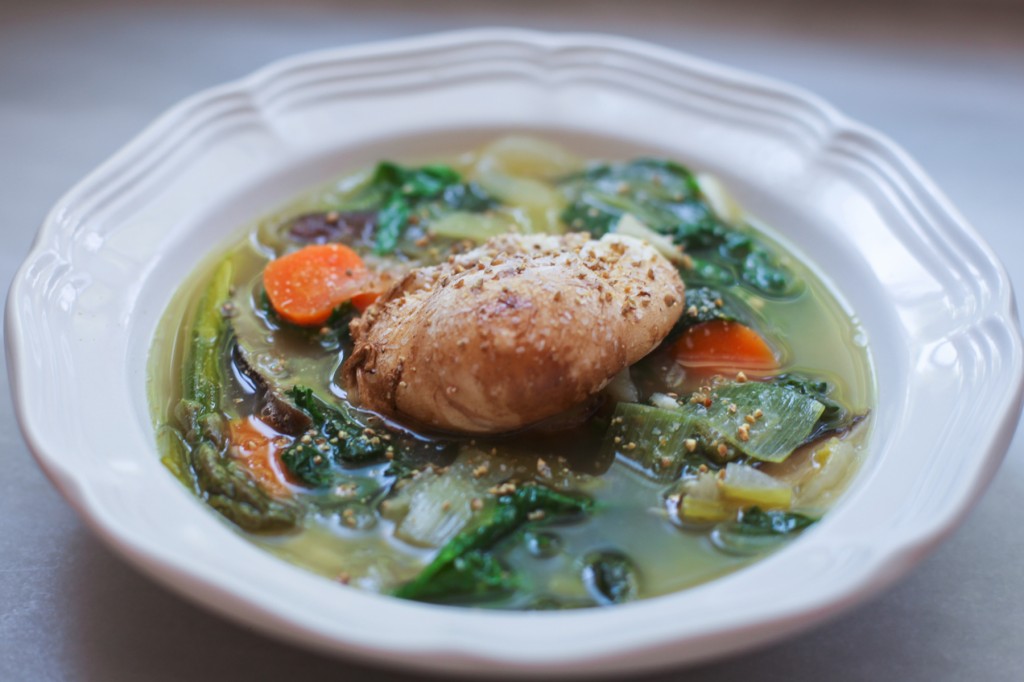 Here it is in all its glory, topped with a poached egg.

With the temperatures breaking heat records down this way and no sign of rain in sight, I was a little leary about making something associated with warming up from the chill and cold.

It cooled down nicely and was nourishing and satisfying while still being a light meal.

And it makes great leftovers.

I considered this a viable option since I’ve been wanting to make eggs meurette, where you poach eggs in red wine. But that would have been a bit much for this. 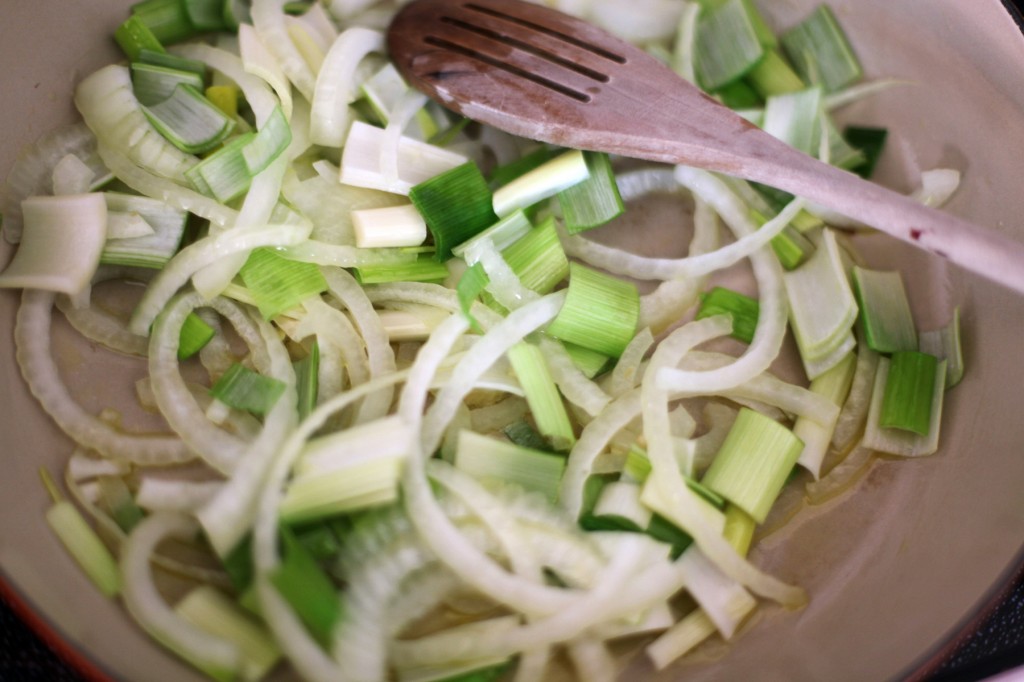 It’s so simple. Some aromatics… 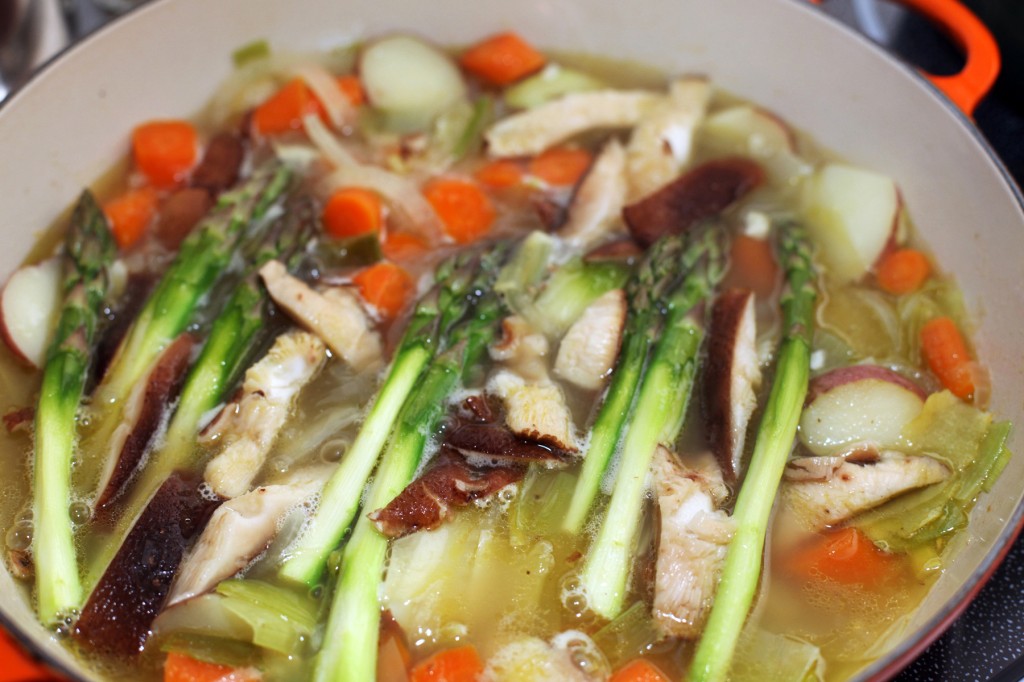 A medley of vegetables… simmered in the broth, topped with spinach leaves which are not shown here… 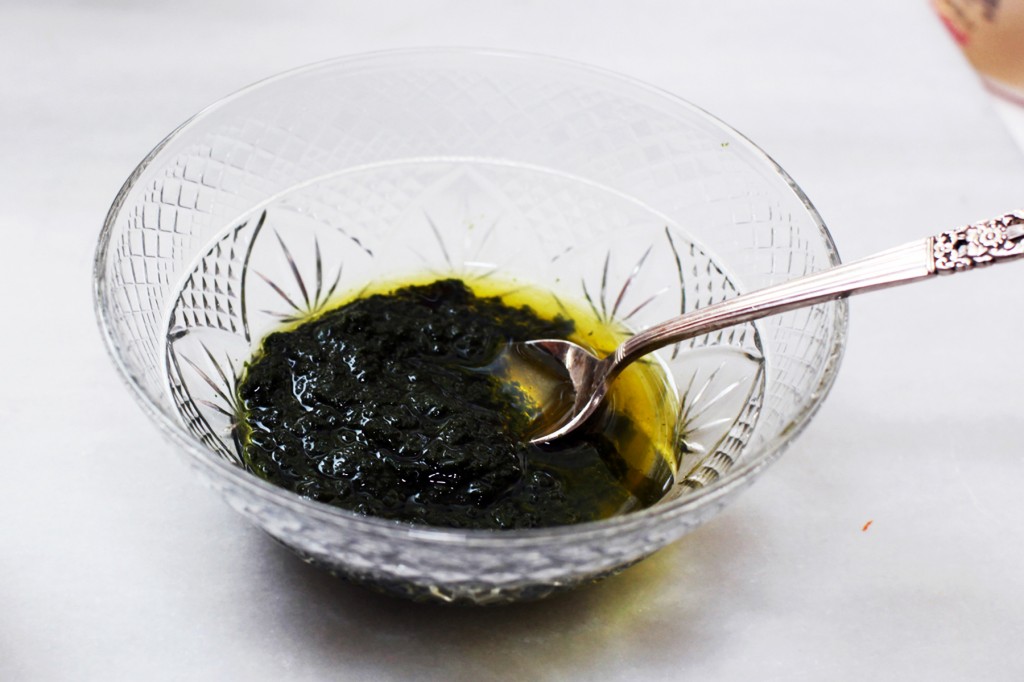 And I even made the basil coulis to top it all off. One of my friends came over later and asked if I had cooked bar-b-qued chicken. My face was a puzzlement.

Later I realized the basil crushed in the pestle had given off a wonderfully aromatic aroma (an aromatic aroma… I’ll have to remember that one. Not!) It gave off… it filled the house with a fresh and invigorating scent. Which was mistaken by some for bar-b-qued chicken. (Must have been the chicken broth?)

The basil coulis turned the broth green, and when the yolk broke open it was a very pretty yellow against the fresh herbal notes in the broth.

P.S. – This post was written as a French Friday’s with Dorie post. Be sure to check out that site sometime, it’s wonderful.