My webhost’s database server appears to be down, and keeps crashing. Either that or my site has been hacked and corrupted almost beyond workability. I prefer to think that it’s the former. That being said, here is a part of the post I was working on. Various pictures of the rest of the cortege, i.e. the police escort, the crowds, the marching band, will have to be tucked away safely for a rainy day…

from dictionary.com:
cor·tege? ?[kawr-tezh, -teyzh]
noun
1.a procession, especially a ceremonial one: a funeral cortege.
2.a line or train of attendants; retinue. 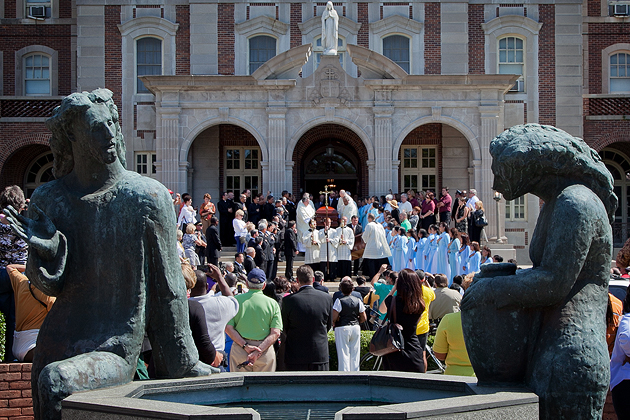 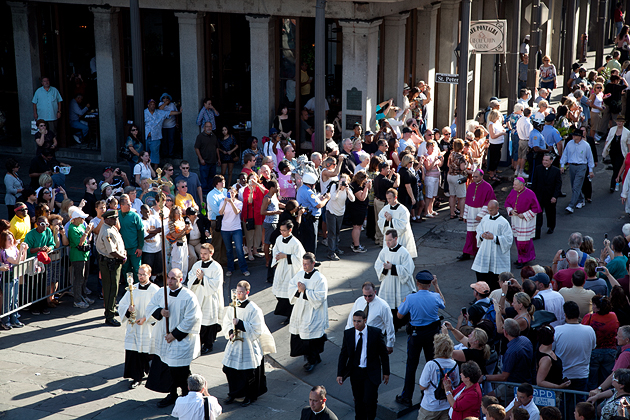 It started at the Seminary and marched through the city over to the Cathedral. 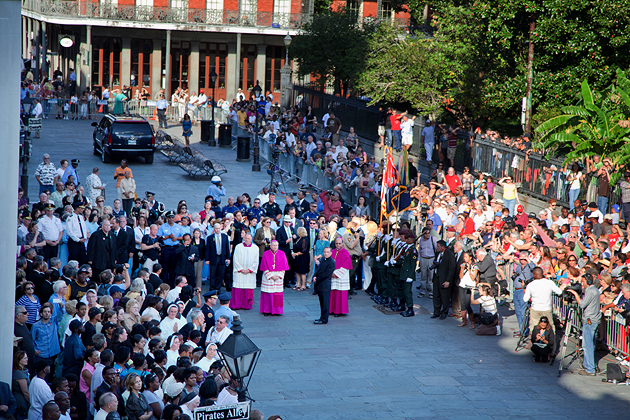 It was quite impressive, and poignant. 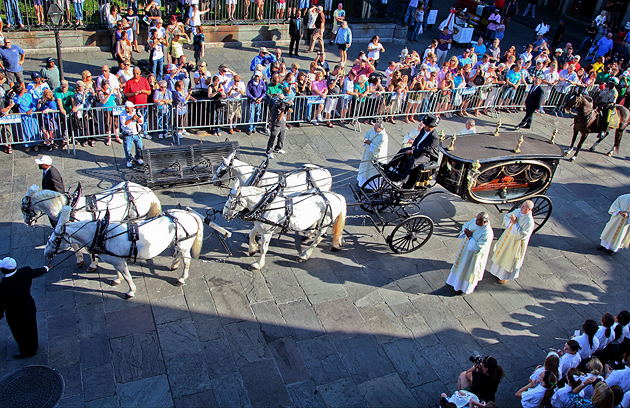 I somehow ended up on a balcony of the Cabildo; they are very gracious people. 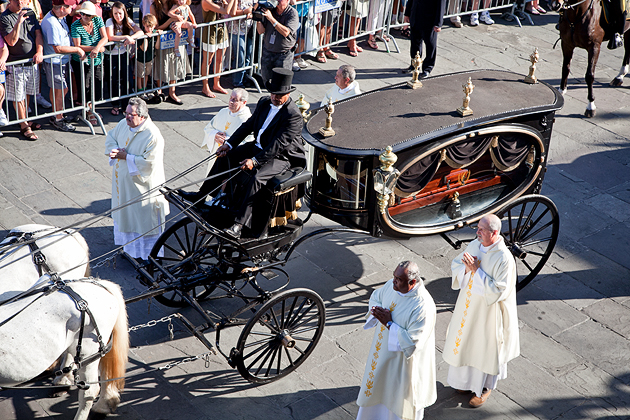 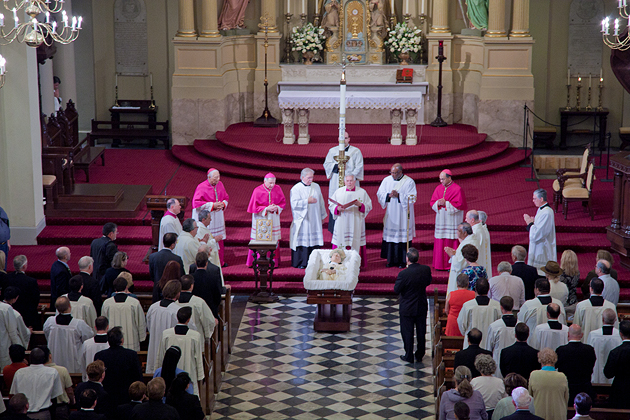 A brief service was said. 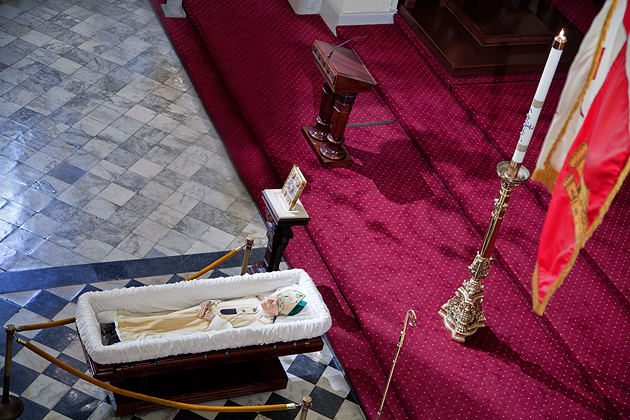 Here he lays in final state. 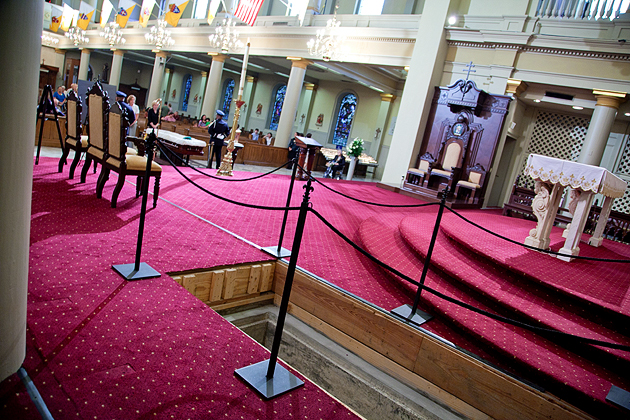 And his crypt awaits beyond.