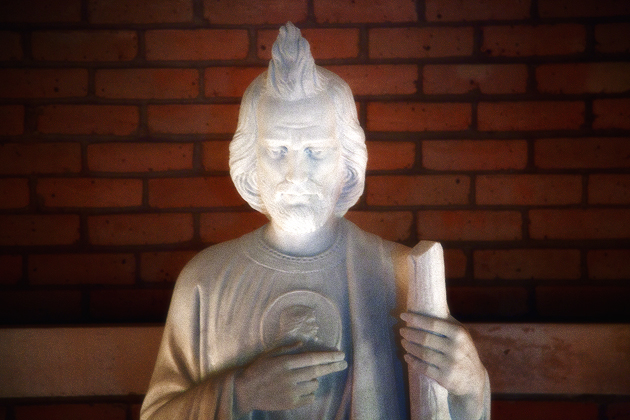 Not a lot is known about St. Jude’s life. But, because of the great popularity after his death, history has passed down to us the basics of his life and death. The International Shrine of St. Jude, which is for some reason located here in New Orleans, has a brief biography of the illustrious saint.

A Few Things on St. Jude 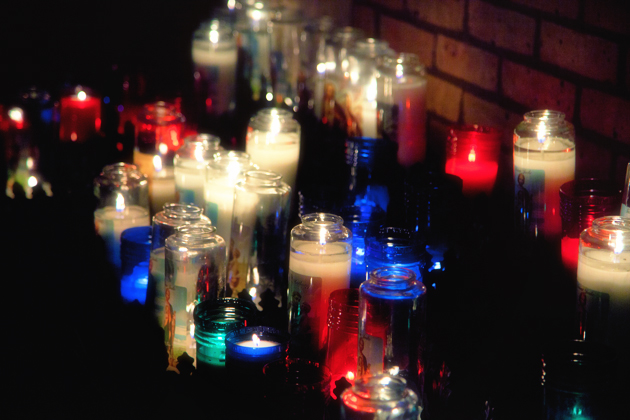 St. Jude is often depicted holding a club, to call to mind that he was eventually clubbed to death by angry pagans. The flame atop his head is a reminder that he was present at Pentecost for the descent of the Holy Spirit.