Wikipedia has a lovely article on Martin of Tours. It’s very well documented.

This was especially informative:

While Martin was still a soldier in the Roman army and deployed in Gaul (modern day France), he experienced the vision that became the most-repeated story about his life.

One day as he was approaching the gates of the city of Amiens he met a scantily clad beggar. He impulsively cut his own military cloak in half and shared it with the beggar.

That night, Martin dreamed of Jesus wearing the half-cloak he had given away. He heard Jesus say to the angels: “Here is Martin, the Roman soldier who is not baptized; he has clad me.” (Sulpicius, ch 2). …

Small temporary churches were built for the relic [of the cloak] and people began to refer to them by the word for little cloak “capella” that these churches housed. Eventually small churches lost their association with the cloak and all small churches began to be referred to as Chapels[3] .

Interesting! It’s documented from Daimaid MacCulloch’s A History of Christianity: The First Three Thousand Years. I completely did not know that.

Use some common sense with Wikipedia

More often than not the articles are accurate because people read them and if they are wrong, log in and correct them with proper notation. It’s sort of like a self correcting, group thesis.

But sometimes you see information before it’s corrected and if you have no reference points you could easily start to bandy about false information. I can easily understand why it’s not a valued source for academic research. (It could easily be a great source for helping to gather sources though.) 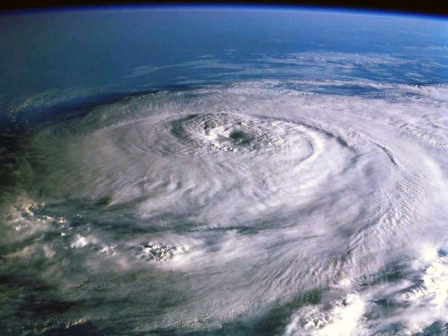 Take for instance their article on Katrina which is wrong.

The Wikipedia entry states, in the section on Federal Preparation: “On the morning of Friday, August 26, at 10 am CDT (1500 UTC), Katrina had strengthened to a Category 3 storm in the Gulf of Mexico. Later that afternoon, the NHC realized that Katrina had yet to make the turn toward the Florida Panhandle and ended up revising the predicted track of the storm from the panhandle to the Mississippi coast.”

Katrina was nowhere near being a Category 3 Hurricane on the morning of Friday the 26th of August, 2005. Trust me, I know this.

If you’d like to do some looking up, you can start with these links:

Or the NHC’s graphics page, which clearly shows that at 5pm EDT on Friday August 26, 2005 Katrina was just off the coast of Florida and had winds of 100mph, which is a Category 2 Storm.

You can look almost anywhere and find that the article on Wikipedia is clearly wrong in stating that Katrina was a strong Category 3 storm in the Gulf of Mexico on Friday Morning.

The fact is, it was nothing of the sort. On that fateful Friday, forecasters were predicting the storm would swing up into the Florida panhandle. Later Friday evening the news came out worse.

People went to bed clueless, and most people learned about it on Saturday morning.

Which is why a million people weren’t able to pack up and head onto the road until Saturday morning at the earliest if they were lucky, with the storm starting to blow in with strong winds by Sunday evening. It’s also why so many people were not able to take many things with them. It was an incredibly rushed, get up and go type of situation, filled with foreboding.

I corrected the Wikipedia article, and got a note back that I was wrong and contradicted the sources. (Duh…)

So I corrected it again, and again, responding in kind each time, yet it remains blissfully ignorant and wrong.

I have spoken, and I rest my case. But those are the facts and they are indisputable.

St. Martin of Tours, pray for us.