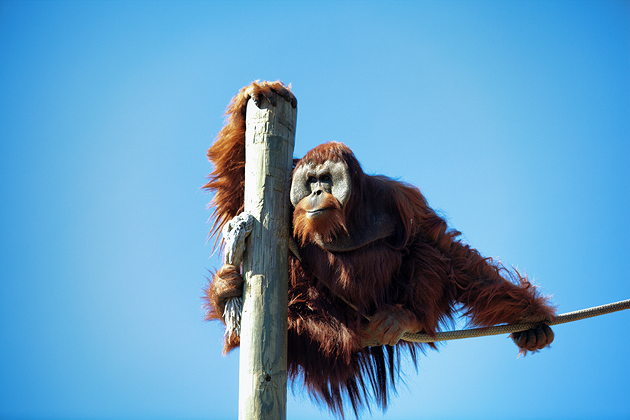 It never occurred to me until the other day, after I had taken this picture, that orangutans earned their name by the color of their fur. So, I looked it up over at dictionary dot comand found out that ‘orangutan’ is actually from pidgen or ‘bazaar Malay’ and means ‘forest man’. So there. 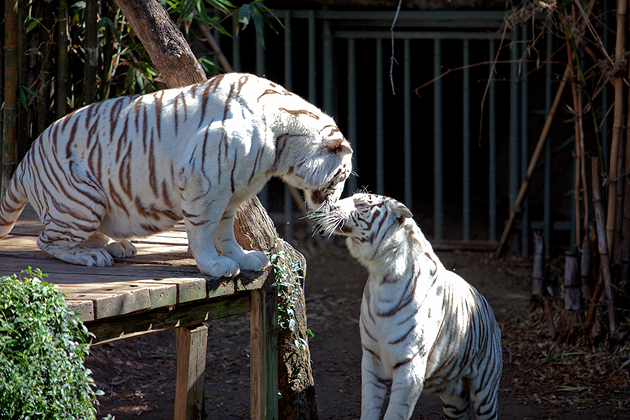 And with the cooler weather, all the animals were in great moods, so it seemed.

That was over at the zoo the other day. I had bought a membership right after I bought my camera and then never got around to going. So I headed on out and diligently learned a bit more about photography. (I played around with fill flashes. Speaking of which, National Geographic has a Guide to Flash Photography which has some beautiful photos in it.)

Beautiful Sunday today; I’m working on getting that Homily up here. It wasn’t a priority today (to post it here, i.e.; it was a huge priority yesterday in the making…), but I’m working on it! Wisdom and shalom.