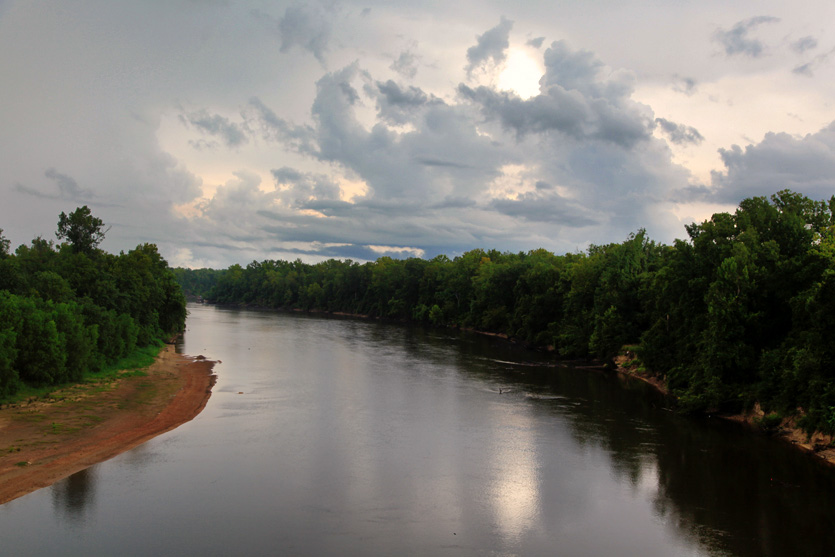 As you recall, I’ve been transferred over to St. Jane de Chantal, in Abita Springs; which has been taking up a lot of my time. Which is a good thing, of course, seeing as I’m the new Pastor.

But yesterday I decided to drive around the Parish to see what territory we have… talk a bout a large land area! We include parts of the Bogue Chitto, and the Pearl River.

So, whilst driving over the Pearl I got out and snapped his shot from the bridge near Bogalusa (since it’s the only bridge that crosses the river anywhere near here.)

A few things about that:

On that note, the time has come to head to retire for the eve. Splash, out.