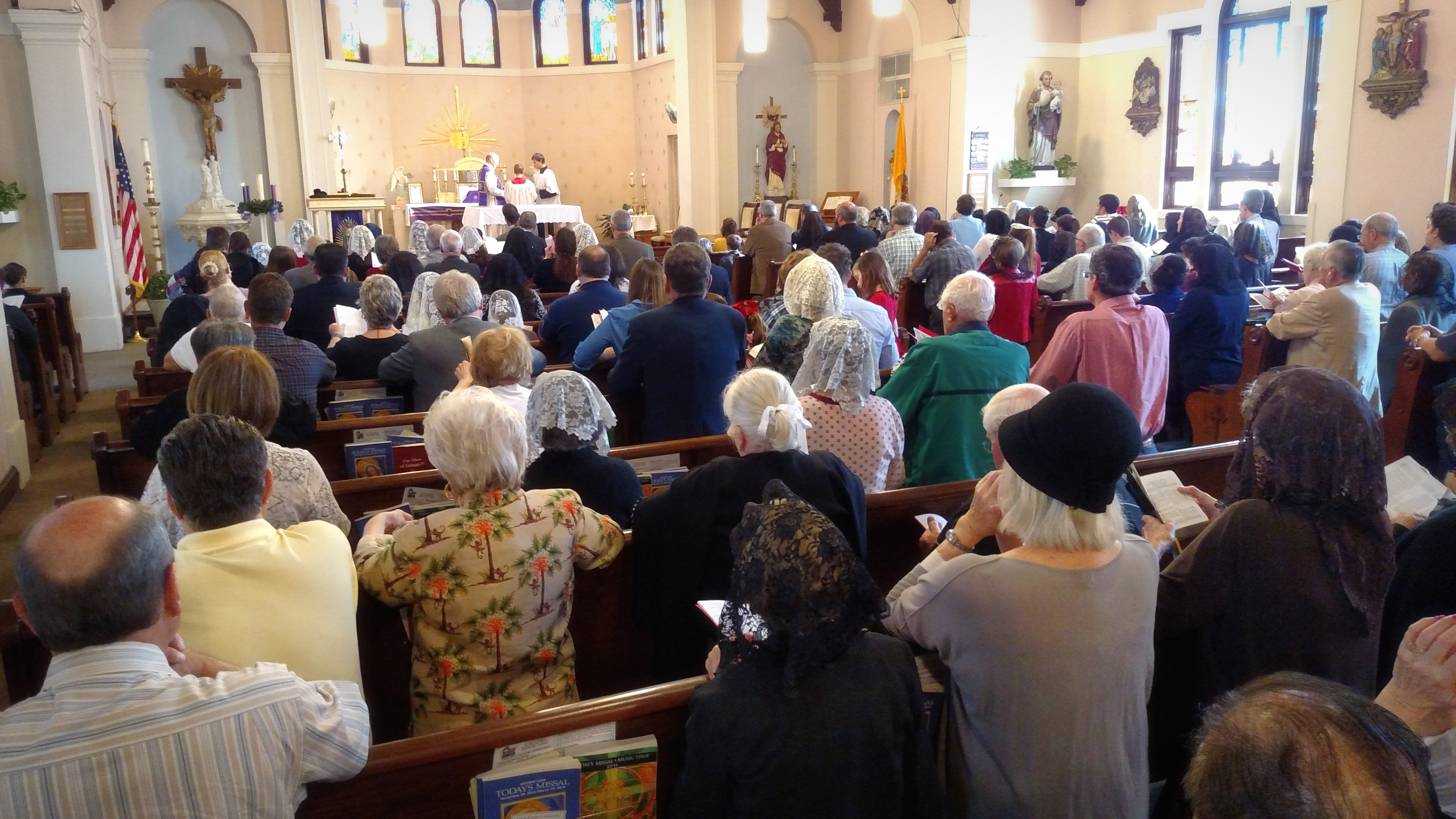 Recently we changed our Mass schedule here at St. Jane, and added a Mass at 12 Noon. The Mass we added is in the Extraordinary Form, otherwise known as the Latin Mass.

It’s really been met with sheer delight in some quarters, and sheer horror in others. What can I say? When the Lord asks you to do something, you don’t say no. And when the Archbishop confirms it, you absolutely don’t say no!

Aside from that, I’m glad to have it here. The Extraordinary Form adds a rich dimension to the spiritual life of the Parish, and many many of our Parishioners have asked for it. We’ve averaged over 250 people so far, which is quite a crowd in our Church, which holds about 280 people (I know… it’s a rather intimate sacred space.) Several Priests in the area have offered to help with it, which is a help as we have 7 Masses here on the weekend.

In the 45 years since the new Mass — the Novus Ordo Missae — was introduced, a lot of people have never gotten to know the former rite. When the new Mass was introduced, I was a kid, and remember being very confused by it. We all looked at each other and said, “What?! (Seriously, we did. It was confusing and not well explained to us kids.) I finally studied it by reading all of the Liturgy Documents published during the 70’s and 80’s, and 90’s, and the 00’s, and the 10’s, which has been no small feat, and came to understand and have a great appreciation for it.

When I first re-attended a Latin Mass, as a grown-up some 30 odd years later, the old Mass, the Extraordinary Form, I was very confused. It’s not the kind of thing which is necessarily easy to follow along with, especially at first glance. But one day I went, and I just sat there and prayed, and prayed along with what was going on, and it came back to me. I understood it again.

That was a far cry from actually learning the Mass. It’s been no small feat either. I’ve studied it before, have translated parts of it on and off, and come to a general understanding of the structure. But I’d never mastered the nuts and bolts properly until a few weeks ago. I have more to learn, but I’m looking forward to it. What’s life without interests, challenges and new lessons to learn?

Come out and join us sometime!