“From this time many of his disciples turned back and no longer followed him.” John 6:66 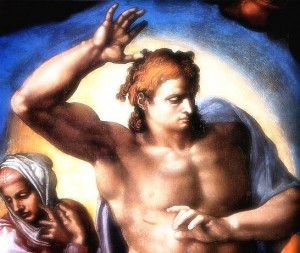 The number “666” is overwhelmingly popular in our culture run amok. Ever since it’s use in the Book of Revelation some 2,000 years ago, people have been trying to discern it’s meaning.

Wikipedia gives it a go, writing:

In modern popular culture, 666 has become one of the most widely recognized symbols for the Antichrist or, alternatively, the Devil. The number 666 is reportedly used to invoke Lucifer (Satan) the dark spirit of seething rage. Earnest references to the number occur both among apocalypticist Christian groups and in explicitly anti-Christian subcultures. References in contemporary Western art or literature are, more likely than not, intentional references to the Beast symbolism. Such popular references are therefore too numerous to list.

The Urban Dictonary, never to be left out of a trend, offers us some tidbits:

The Mark of the beast, and the men who follow the beast of the earth will bear this mark to display their allegiance to the beast. It has been disputed by some scholars that certain numeric ciphers would translate it over to certain words, names, etc… For example, one of the more popular translations was Nero Caesar, and before that, Lateinos, etc…

Widely implied that it was 666 because it was an imperfect number to represent the impurities of man and their evildoings and sinful ways.

Read the book of revelations, at the end of the New Testament; it tells all about that, the seven seals, the apocalypse, Armageddon, Megiddo, etc…

And Wikipedia, which I do like for it’s usually self-correcting nature, also offers us some choice morsels on the Number of the Beast, the Beast, Hexakosioihexekontahexaphobia (which is Fear of the Number 666); and well, too many others to really note here.

A Simpler Point of View

St. John is said to have written the Book of Revelation, where we find the reference to 666. So, to simpletons like myself, I naturally look to see what he’s writing in his own Gospel at Chapter 6, Verse 66.

And we find something very telling.

Rejection of the Eucharist

People are mumbling and grumbling to themselves and others about eating his body and blood. Discontent is setting in that the new messiah is somehow a loon, saying things that do not make sense. And eventually we reach John Chapter 6, verse 66:

“From this time many of his disciples turned back and no longer followed him.” John 6:66

Unable to accept one of Jesus’ most challenging teachings, many return to their former lives. 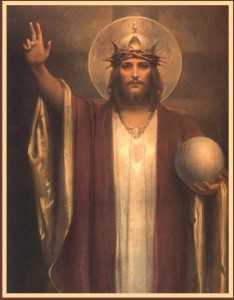 They reject the challenges proposed by God in the supernatural realm, because what is happening in the physical realm appears so contrary to his teaching. “How can we eat his flesh, how can we drink his blood? Let’s get out of here!”

So, the number 666 has many meanings, but in a simple way it ultimately about the rejection of Jesus Christ, his teachings — his body and blood in the Eucharist.

And so it is almost every day of our lives. Do we accept Jesus Christ and continue our walk with him? Or do we forsake him and his Church, and return to our “former lives”?

Food for though, about the food of eternal life.