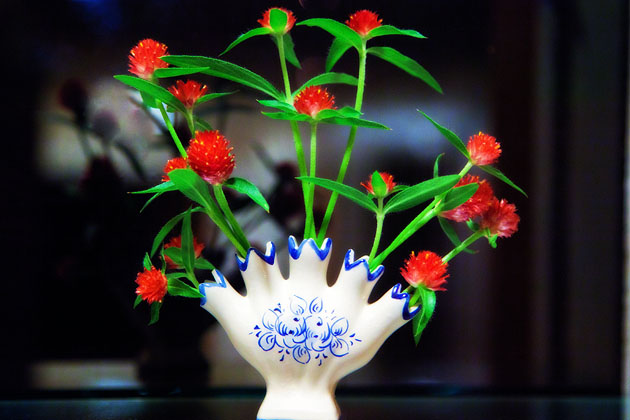 Flowers in the night
Strange vase of agapanthus—
looking cool in delft.

I don’t know why haiku is such enduring and endearing poetry. But I fell in love with it way back in the day when I took a 20th Century Literature class and we spent some time with haiku. It was because of Ezra Pound we spent time with haiku, not because it was a 20th century thing, although evidently it took the name haiku in the late 19th century. And ever since then I’ve written bad haiku on whims. I even think in it sometimes.

I must get to Church
to say morning Mass for all.
the faithful gather

The Vatican ‘note’
on the economic mess
is ridiculous.

Not that that’s genuinely haiku of course.

Technically there should be two contrasting elements, and 17 sound units which in English is usually just three lines, five, seven, and five syllable. And of course in modern haiku, as with most things modern, you can do whatever you want.

So, if I contrast bright cheery flowers with the darkness and drear, then there should be a cutting element, which brings the two together somehow. Every now and again it turns maudlin.

Flowers in the night
cheerful lights midst the darkness
breaking up the gloom.

It’s a good thing I didn’t take up poetry as a career. Life would have been very painful. 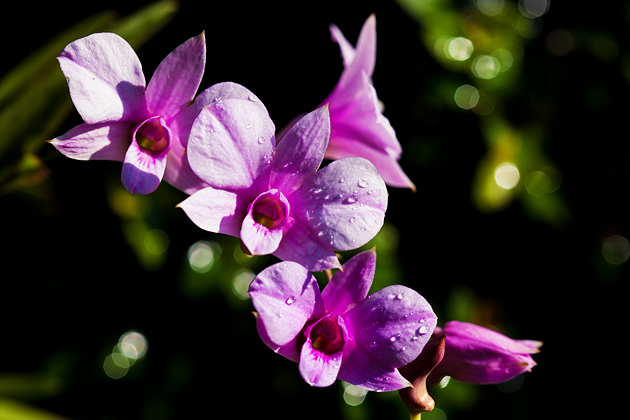 So that’s why I was out snapping pix of an orchid this morning. I think it’s a small dendrobium, but what do I know? 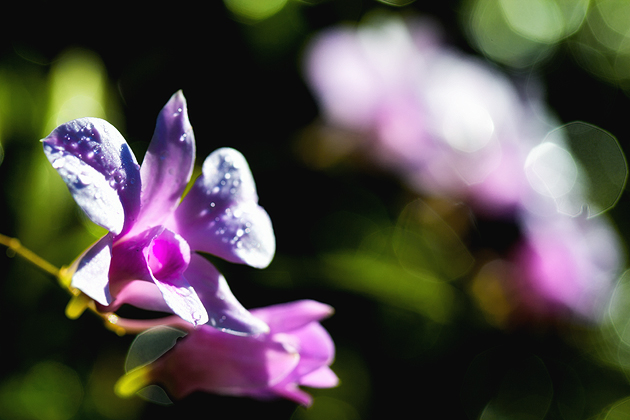 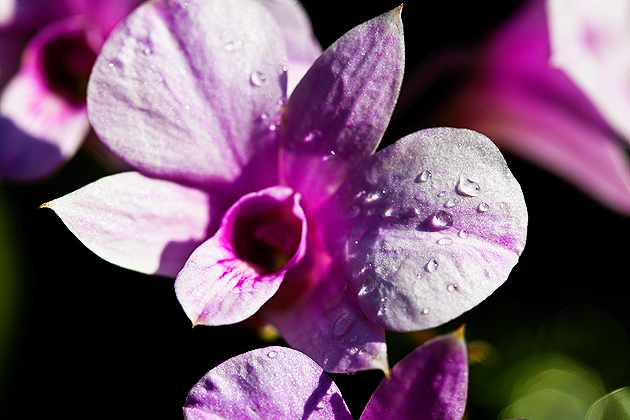 A friend gave me this a few months ago, and it’s coming along nicely, don’t you think? St. Cornelius and St. Cyprian, pray for us! 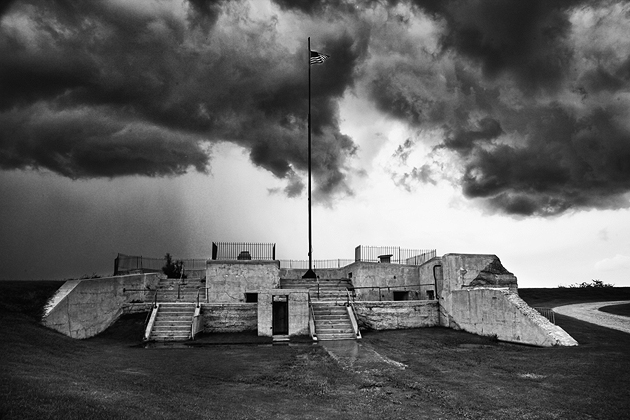 After our amazing and uplifting, and incredibly beautiful two hour marathon of Confessions, I came back here and got ready for bed by playing around with Photoshop.

The fact that the above photo, and it’s processing, are so overblown doesn’t surprise me, as I was trying to highlight the amazing and dramatic clouds.

…it was an amazing night, I tell you.

What does surprise me is that I was standing there taking a picture while the clouds were gathering so bizarrely. 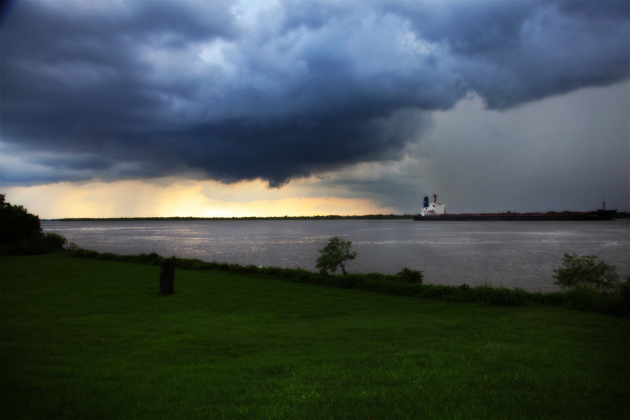 Playing with these photos was inspired by a photo I posted the other day of this rainstorm over the river down my Fort Jackson, which I really like. These were just not meant to be.

Lesson learned: since you can’t write about much of anything after a Night of Confessions, you may as well relax and play with Photoshop for a few minutes before going to bed, no matter the outcome.

And that’s that on that.

But it was an amazing night, I tell you. God is absolutely amazing. 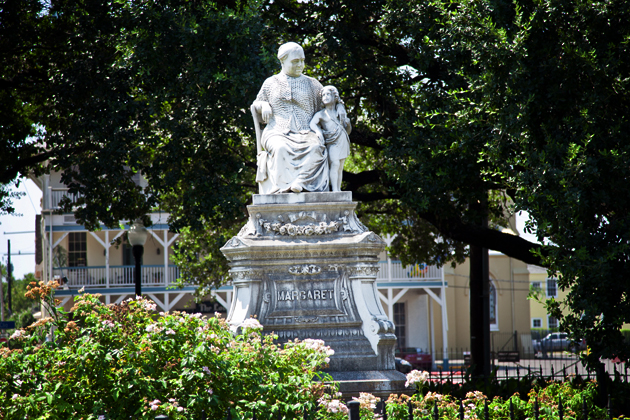 Just a brief update on Margaret Haughery, with a portrait of her decaying statue downtown.

I love how it just says ‘Margaret‘, as if there is no need at all for anyone to even question what her last name might be.

And this via an email from TJ Fisher, who has been an avid researcher into Margaret’s life:

Shortly before Margaret’s death, she received a cross from the Pope. Margaret died on February 9, 1882. Her body was taken to St. Vincent’s Infant Asylum, where it was embalmed and laid in state. The funeral took place on the following Saturday morning. Her death was announced in the newspapers with blocked columns as a public calamity, and the city newspapers were edged in black to mark her passing. Her obituary was printed on the front page of the Times-Picayune newspaper, the main paper in the city. She had a State funeral. The funeral cortege assembled at the asylum included 13 priests, headed by Archbishop Napolèon-Joseph Perchè (Third Archbishop of New Orleans). Thousands, including prominent politicians, businessmen and other members of the clergy, attended her funeral.

Orphans from all the city’s asylums were present, black and white, along with the historic Mississippi fire brigade (of which she was an honorary member) and nuns of numerous orders, as well as close friends and admirers. The streets, sidewalks, balconies and windows were thronged with mourners. These included three generals, clergymen of all denominations and city representatives. The cortege passed the New Orleans stock exchange at noon. Members suspended proceedings, left the room and came down to the sidewalk. St. Patrick’s Church was so thronged that the pallbearers had great difficulty getting the remains through the center aisle. Requiem Mass was celebrated by Most Reverend Monsignor Allen with Archbishop Perchè reading the prayers after Mass. Her friend Father Hubert gave the sermon. She was buried in the same St. Louis Cemetery No. 2 tomb with her great friend Sister Francis Regis, the Sister of Charity who died in 1862 and with whom Margaret cooperated in all her early work for the poor.

I’m a fan, and I hope to see her get the recognition our world and our Church, and mostly our city, need for her to have. 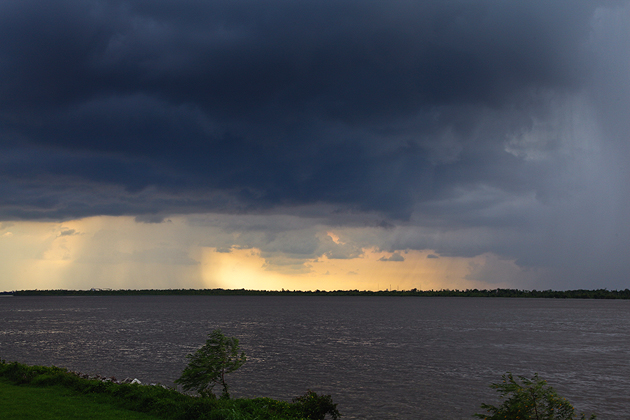 Today at all Masses across the diocese we read a letter from our Archbishop:

On September 14, 2011 the Sacrament of Penance, more commonly known to us as Confession will be available in all of our parish churches beginning at 7:00p.m.

September 14 is the Feast of the Exaltation of the Holy Cross. It is a reminder that Jesus Christ died for our sins, and draws us to a life of conversion and new life through his resurrection.

On this day, on September 14 of this year, all of our Churches in the Archdiocese of New Orleans will have a light on in the confessional as a sign that Christ is not only a light of the world but one who is eager to forgive and to heal us.

May I encourage you to take this opportunity to celebrate the Sacrament of Penance not only this month but on a regular basis as we have the opportunity to meet the forgiving, loving and merciful Christ.

So, this Wednesday is the Night of Confessions.

The readings today speak to forgiveness, and with the Sacrament of Confession looming so importantly in our diocesan psyche, I used most of my Confession Story as my Homily. (Fear not, it was well edited from the rambling post I published here.)

The Catechism teaches that we should go to Confession at least once per year; I find every 2 months or so is good for many.

At any rate, we’re looking forward to Wednesday evening, which will be a great time of healing for many.