Here’s my Homily for this week. As always, I appreciate the prayers and feedback. God bless!

The Church has many symbols of expression, and some of these include a sheepfold, a cultivated field, a family; the Mystical Body of Christ, the People of God. And in today’s readings we look at yet another aspect, that of the Church as communio, or communion.

Jesus tells us today, that where two or three are gathered, there will he be in their midst. That more or less sums up communio in a nutshell; one could certainly find more theologically profound definitions. But, communio is, more or less, amMovement of community in the Holy Spirit; we experience relationships with one another, and with God, both personally, and as a group.

When we gather together in community to worship: the founding principle is love; of God, and of neighbor. In addressing the Christians of Rome, Saint Paul has no doubt in asserting peremptorily “Love is the fulfillment of the Law.”

So, The Church as communion is first and foremost the sacrament of the intimate union of humans with God. And, this communion with God is the purpose of the Church.

The idea is ever ancient, and goes back to the very beginning where we find it in the books of Genesis.

In Genesis I, man is created male and female, and man and woman are to subdue and be victorious over the world; they have dominion over it. They are created male and female, separately and as coworkers in this great movement of God’s will. There is a desire to create; to build new and bigger; to get to the moon; to build the tallest building; to achieve great things.

In Genesis II we find a very different story.

In Chapter Two, man is created in humility, from the dust. God breathes life into him, in a very intimate connection; Yahweh is the most intimate name for God. Man’s job is to tend to the garden of life … to life giving things. And everything is good.

Except for one little thing, which is really bugging him: man is alone.

So, woman is created from a rib of Adam, again a very intimate union. They are together; “Ah, at last!: flesh of my flesh, bone of my bones.”

Josiah Royce and a Philosophical Dimension 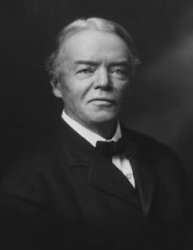 Royce said that man is most fully realized in community with others.

But when you start asking me, what schools did I go to? Where did you grow up? Do you know so and so? What Parish are you in? What diocese? Etc…

All of these community associations help you to understand who I am, and what I am about.

In Genesis, when Cain kills Abel, his punishment is to walk alone amongst the tribes of the earth. He says No! Such a fate is cruel; cruel and unusual punishment, so he is given some sort of marking; something. But to be alone, to not have a tribe, a clan, a community: that’s a fate worse than death.

The challenge is to take to heart the message of Jesus Christ: Love God; love your neighbor as yourself.

Josiah Royce looked at Rugged Individualism (for example, Thoreau on Walden Pond, a country club, with the Alcott sisters bringing him dinner, living on an inheritance…) and said,
“If this continues, in 100 years people will no longer be willing to pay income taxes; divorce will sky rocket, the family will fall apart.” Very Prophetic.

Nihilistic Trends – To Each His Own

John Paul II, in Fides et Ratio wrote of the prevailing philosophical currents in the world today, one of which is an unhealthy sense of indiviualism: unhealthy in that it promotes isolation.

We’re called to be fully formed individuals, and to have independence, of course. But in community with others and with God.

In the world today we find a great sense of separatism and isolation. Each in his own room, own TV, own music, own computer, own world. Each is his own demi-urge…. Or small god unto his or herself

The challenge is to take to heart the message of Jesus Christ: Love God; love your neighbor as yourself.

Take to heart the writings of St. Paul and look up how to live a life of authentic fraternal love: Love is patient, kind, not jealous, not blind, honest, it is noble and true.

Living in a world of Faith, we find one another in Jesus Christ; we gather in His name; we grow through communion with others. 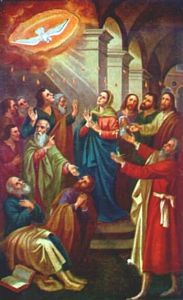 And when he comes he [the Holy Spirit, the Advocate,] will convict the world in regard to sin and righteousness and condemnation: sin, because they do not believe in me; righteousness, because I am going to the Father and you will no longer see me; condemnation, because the ruler of this world has been condemned.

“Sin because they do not believe in me.”

If we really believe in Jesus Christ our lives change. Our actions change; we can never go back to the old self without a sense of wrong. It’s sort of like the guilty feeling when you quit smoking and suddenly find yourself lighting up out of the blue. It’s just never as enjoyable again, because you know it for what it is.

“Righteousness, because I am going to the Father and you will no longer see me”

What in the world is righteousness anyway (And why don’t I know that by now)? Webster’s defines it as:

The quality or state of being righteous; holiness; purity; uprightness; rectitude.
Note: Righteousness, as used in Scripture and theology, in which it chiefly occurs, is nearly equivalent to holiness, comprehending holy principles and affections of heart, and conformity of life to the divine law.

We’re simply restored in our basic nature by the mysterious salvation which Christ ensures for us.

“Condemnation, because the ruler of this world has been condemned”

Are our lives ordered towards a genuine belief in Jesus Christ, or towards the ‘things of the world’?   The world, created by God, is indeed good.  But we are called to live a properly ordered life; i.e. to have our priorities straight and our heads screwed on right.

The Holy Spirit, the Advocate, will teach us all things and will speak to our conscience about the truth of sin, about growing in holiness and uprightness, and about the enemy of our souls.

Sounds like a pretty good friend to keep in touch with.