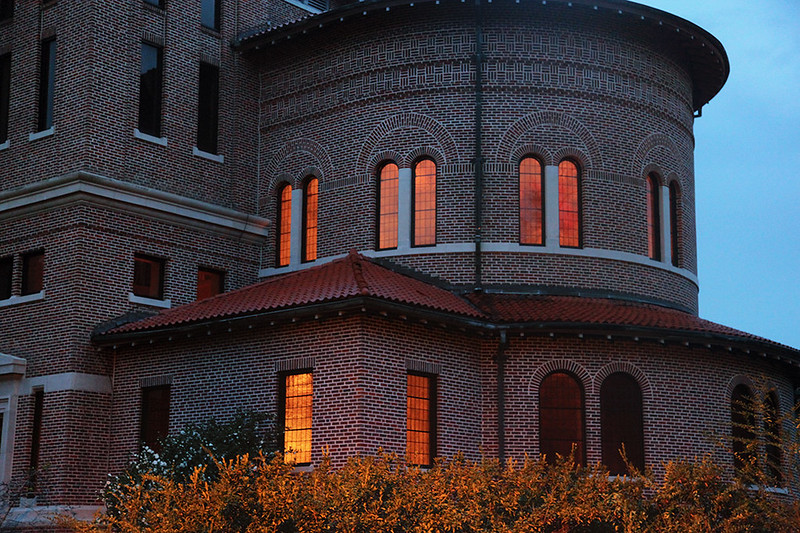 This week we had a workshop at the Abbey, called Good Leaders, Good Shepherds  It’s put out by the Catholic Leader’s Institute.

It’s great, but I am exhausted. 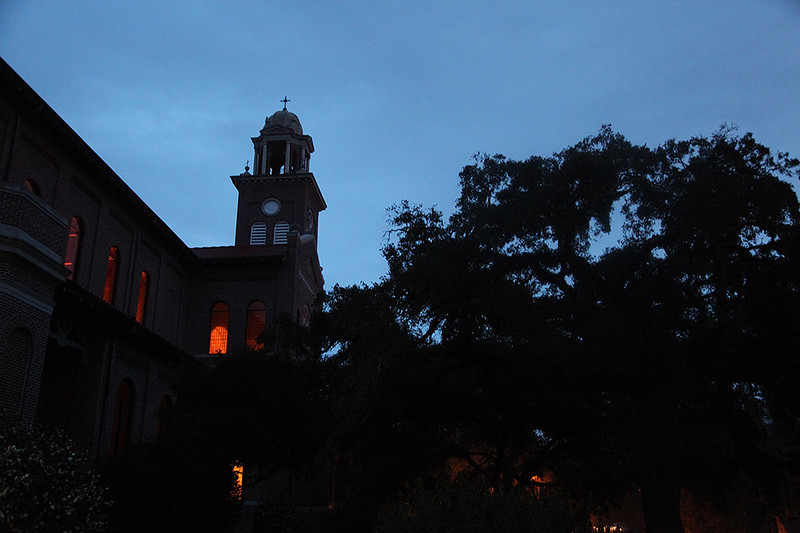 The Abbey is beautiful and serene. 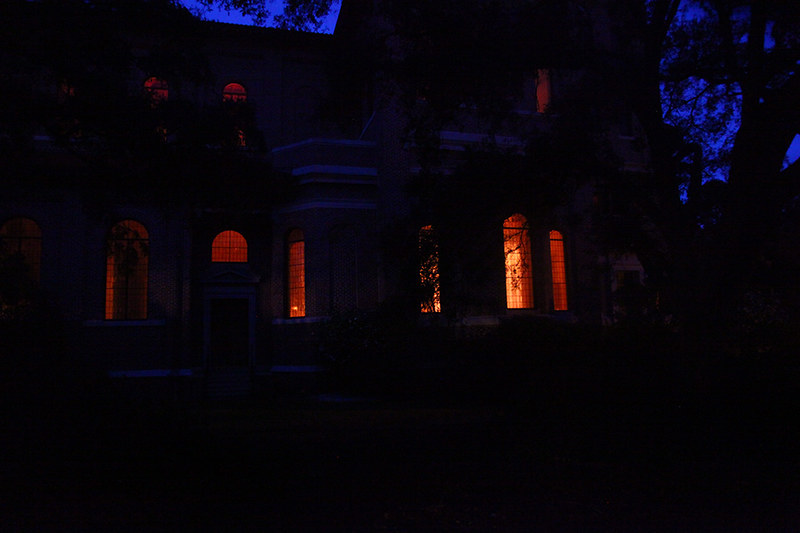 Er… maybe it was a bit too dark for photo ops. 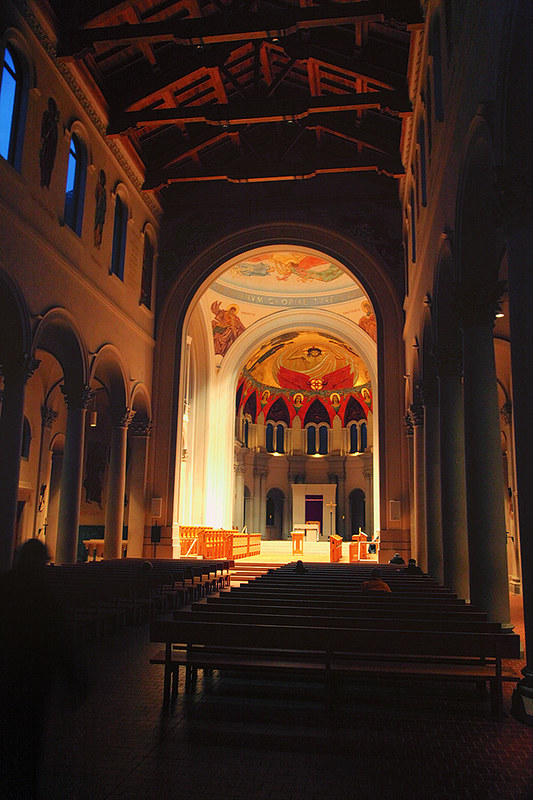 But aside from that, it’s a great program. Not that it being too dark for photos is a part of the program, but you know what I mean.

Off to play catch up!

I finally was able to work with the photos of Fr. Jambons Farewell Mass. 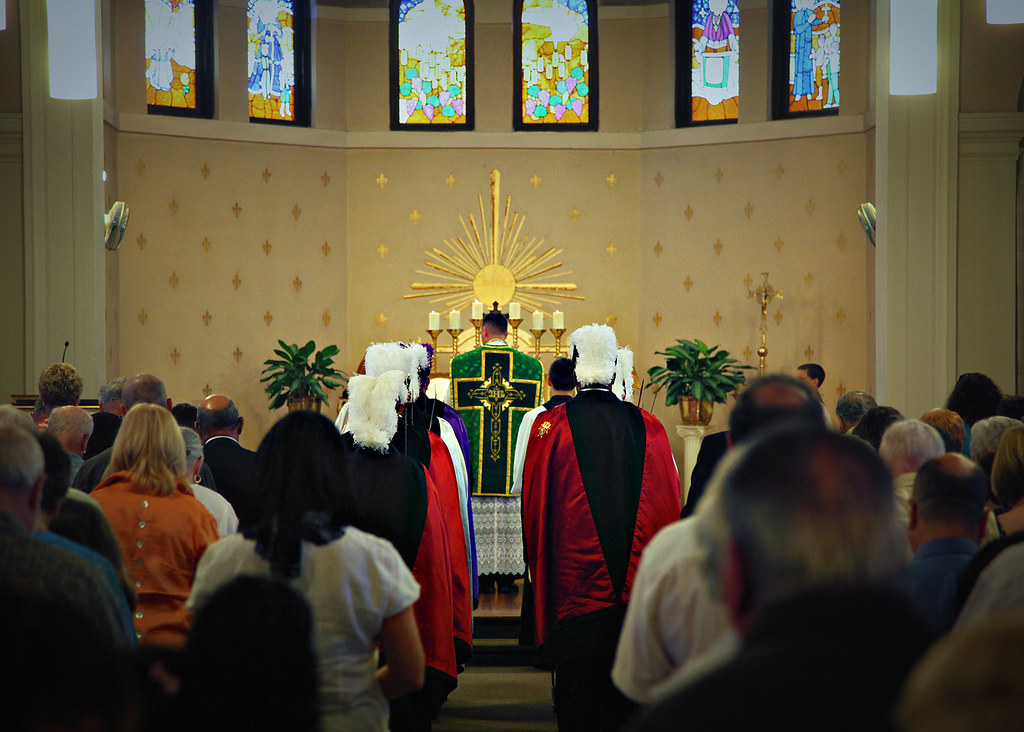 What a wonderful day it was. 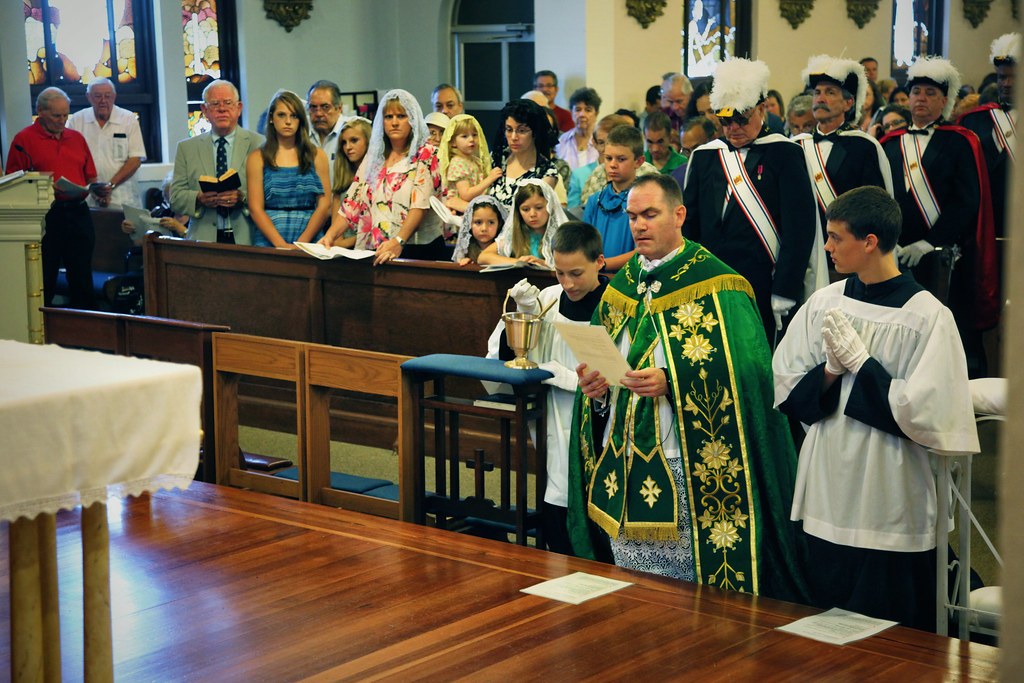 There are many differing opinions on taking photos during Mass. 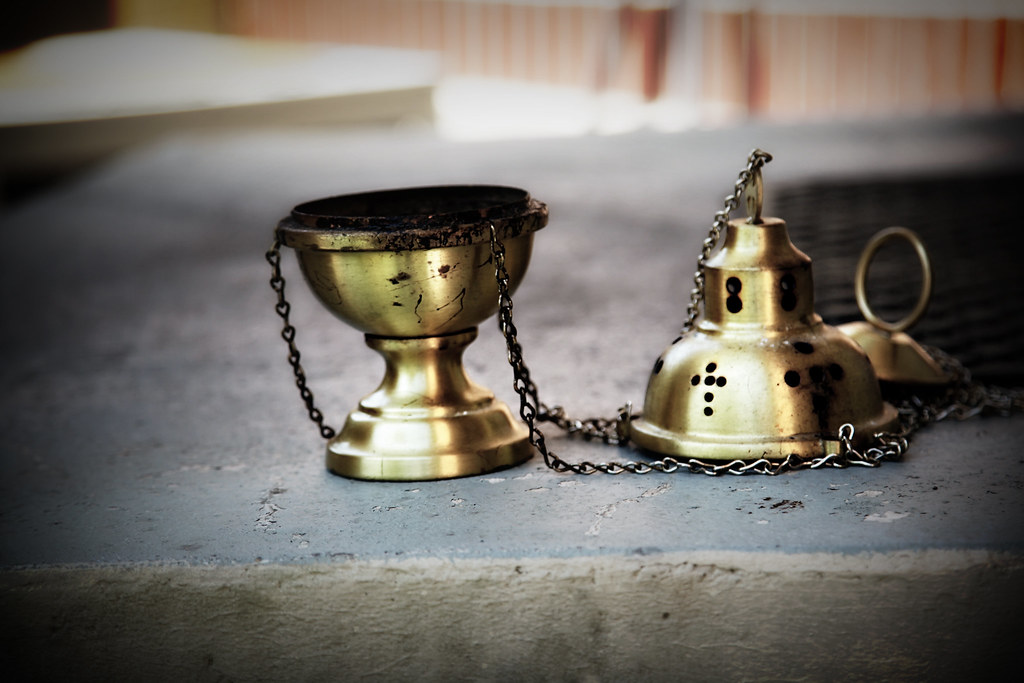 Regardless, we sure could use a new censer. 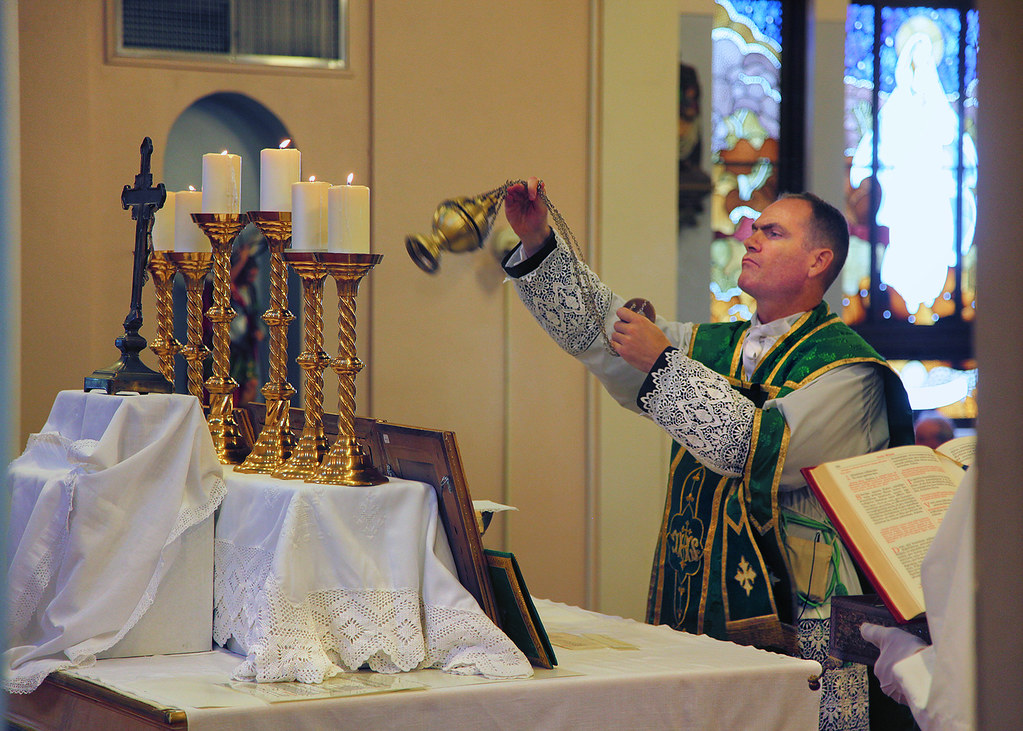 Though it sure is put to good use! 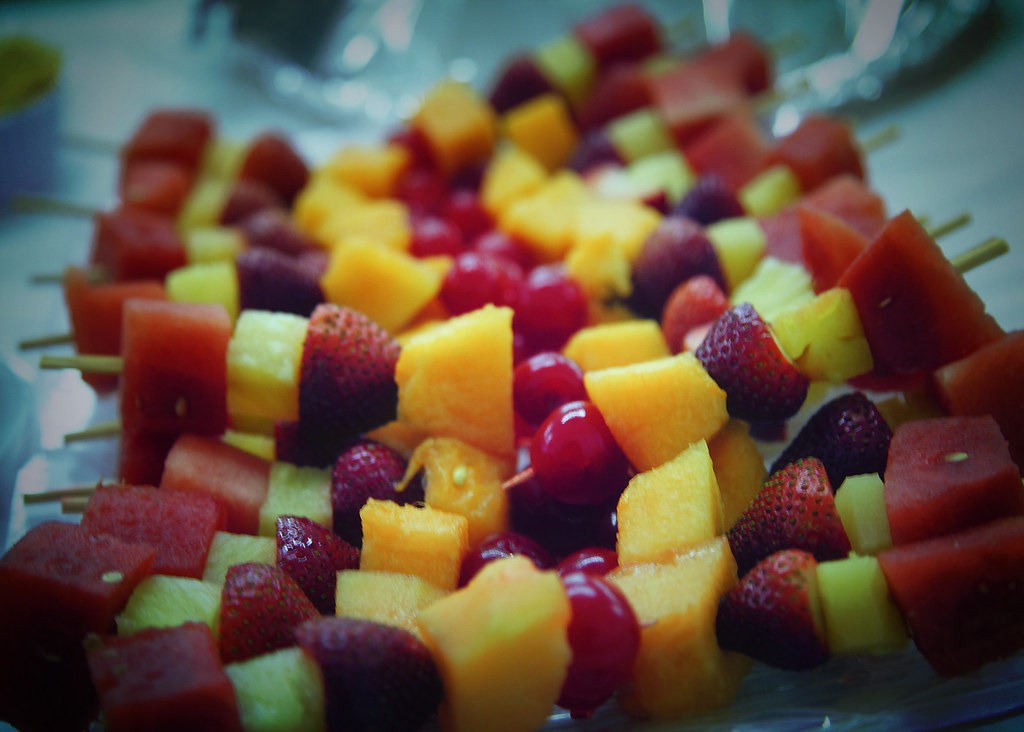 In retrospect it was also an ode to the end of summer…. 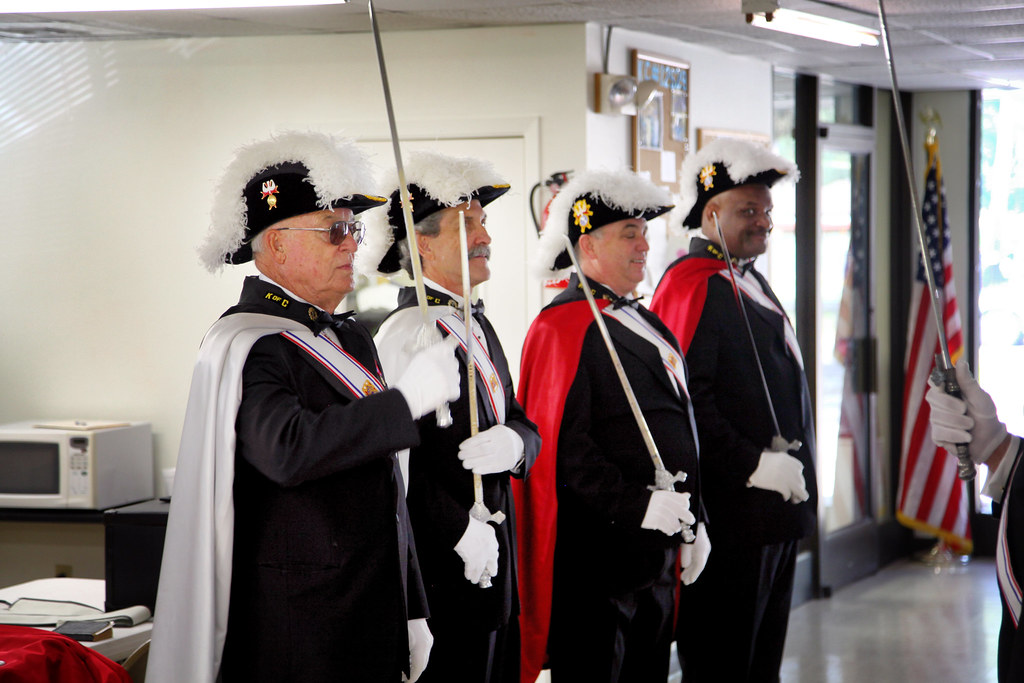 …and a thoroughly enjoyable day in the Lord.

I love the Pioneer Woman‘s website, and learned a lot about Photoshop from her tutorials.

So, I offered a picture to one of her Edit This posts.

And here it is:

It’s not my forte with Photoshop… 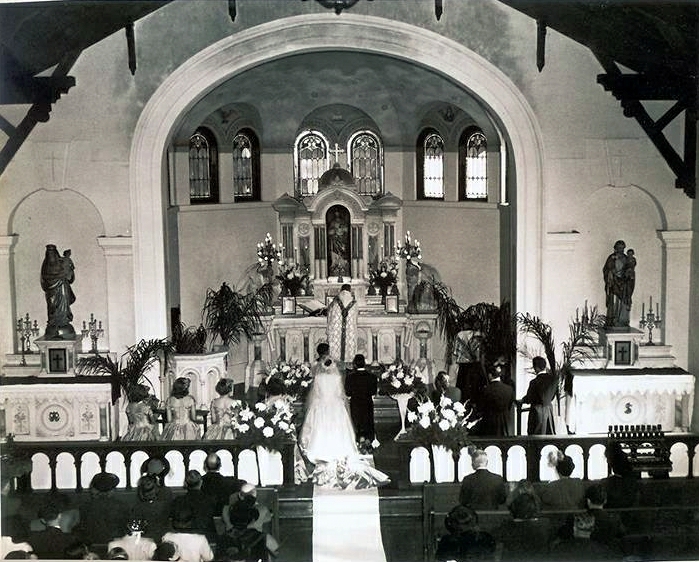 I found this old photo of a wedding in the Church a few days ago. (I’ve seen copies floating around, but was glad indeed to find out we actually have the original.)

You could spend hours arguing any which way when it comes to Church remodeling and decorating. Many people do.

But here’s an interesting juxtaposition. 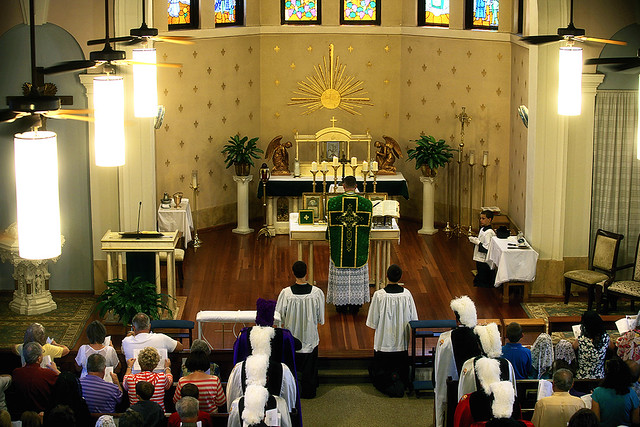 It’s pretty much the same view taken at Fr. Jambon’s farewell Mass a few weeks ago. Quite a difference.

I found quite a few old photos. So… until next time. 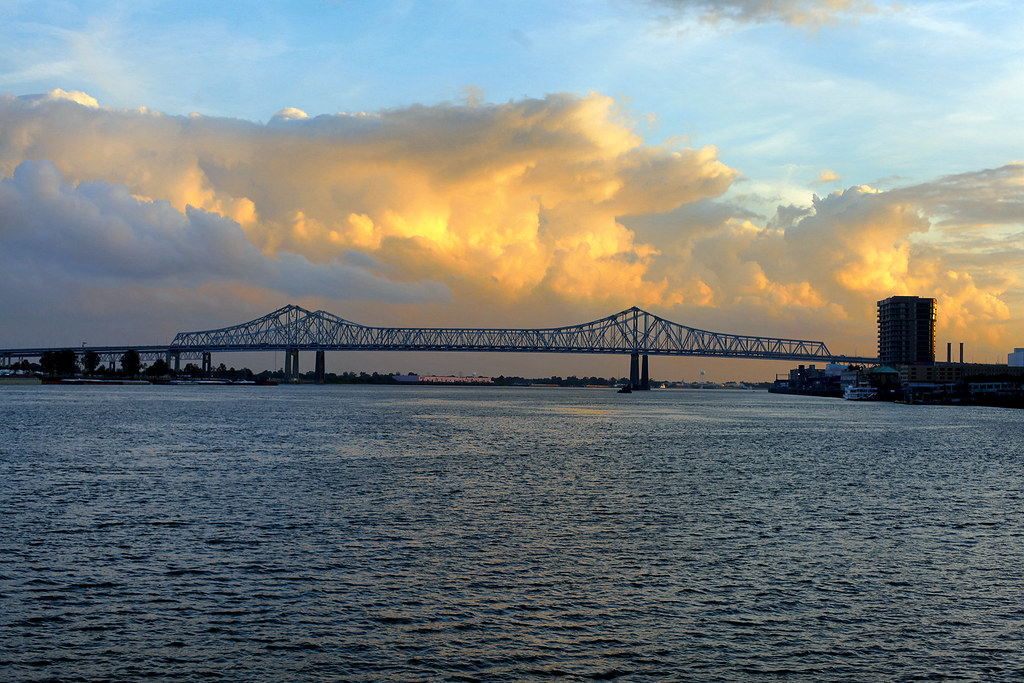 I know you’re probably expecting something to do with the Queenship of Mary today. Or the election. Or any number of prescient issues aside from photography.

But I’ve had zero time to devote to photography lately and just have to get it out of my system, darnit.

And look at that river! And those clouds! And that sky!

Ah, the river… the clouds… the sky…. things to gaze upon and give thanks to God. And certainly to give thanks to him for the Queenship of Mary, who no doubt would gaze upon this peaceful scene quite lovingly, while perhaps being thankful that one of her Priests was photographing the scene for the enjoyment of others.

But, I’m concerned that I haven’t really made any strides in my understanding of exposure. 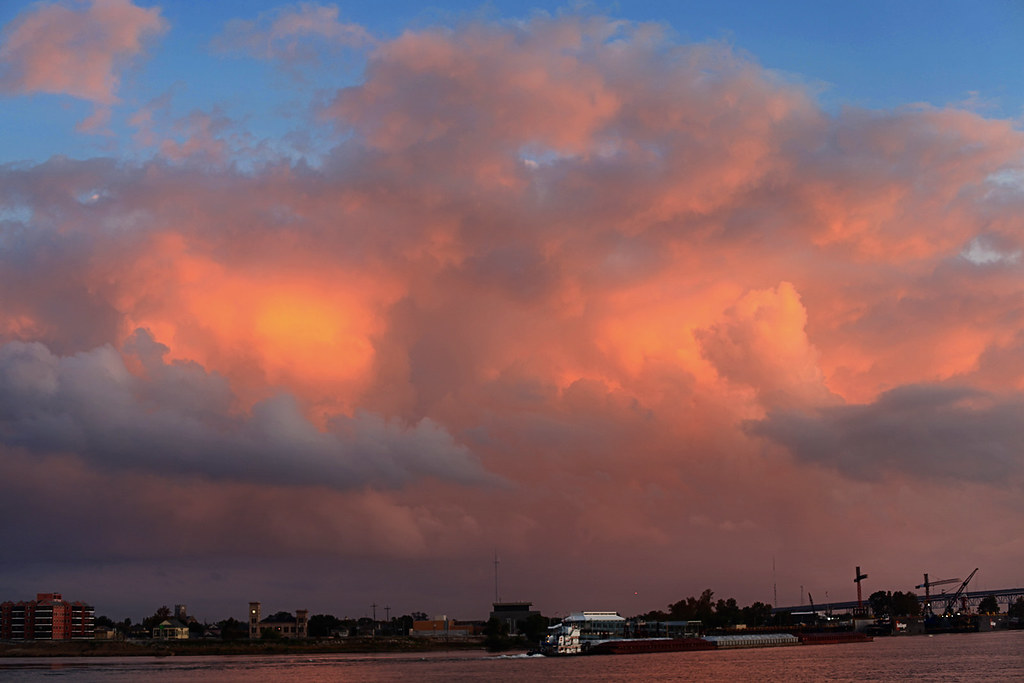 Hence this strange shot of the clouds.

One thing I do understand is that digital photos have a limited range of dynamic contrast, which is why some areas of this image are darker than they should be. The light is too strong in the clouds, and too dark on the river. 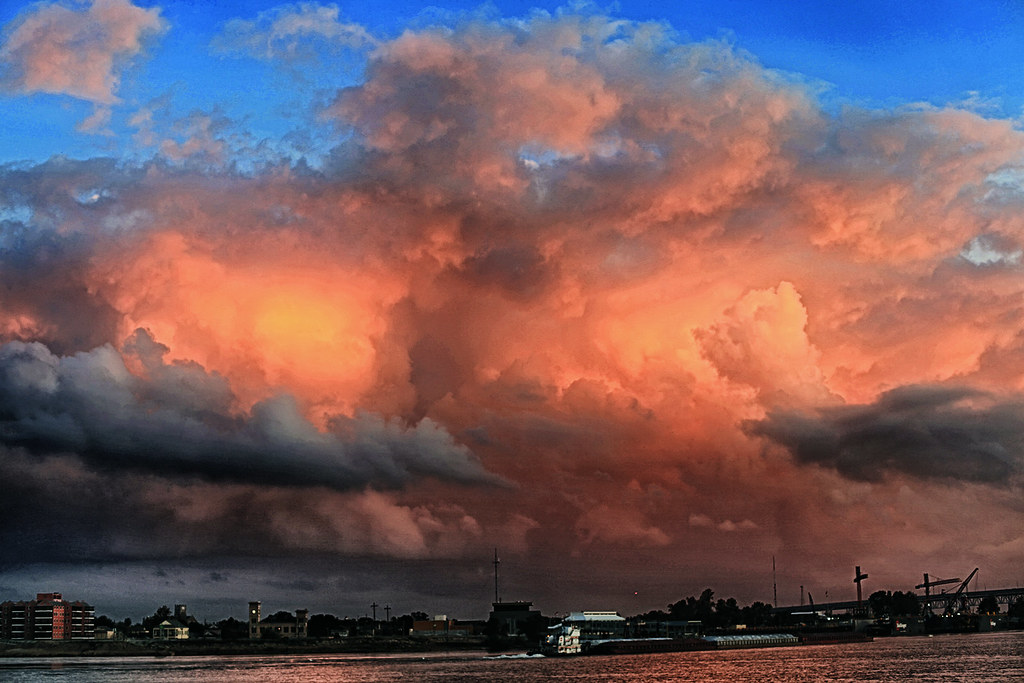 Still, because I had a fascination with the image when I took it, I tried to manipulate it in photoshop. But it never turned out right; it always turned out sort of like this. Well, perhaps not as strange, but I’m not out to win any contests here, just to demonstrate the dilemma of trying to work with a lousy photo which could have been, just hazarding a guess here, a very good photo.

Some areas of the clouds take on drama, and you can make out the storm in the background, but the river itself looks grainy, and the whole thing looks fake. 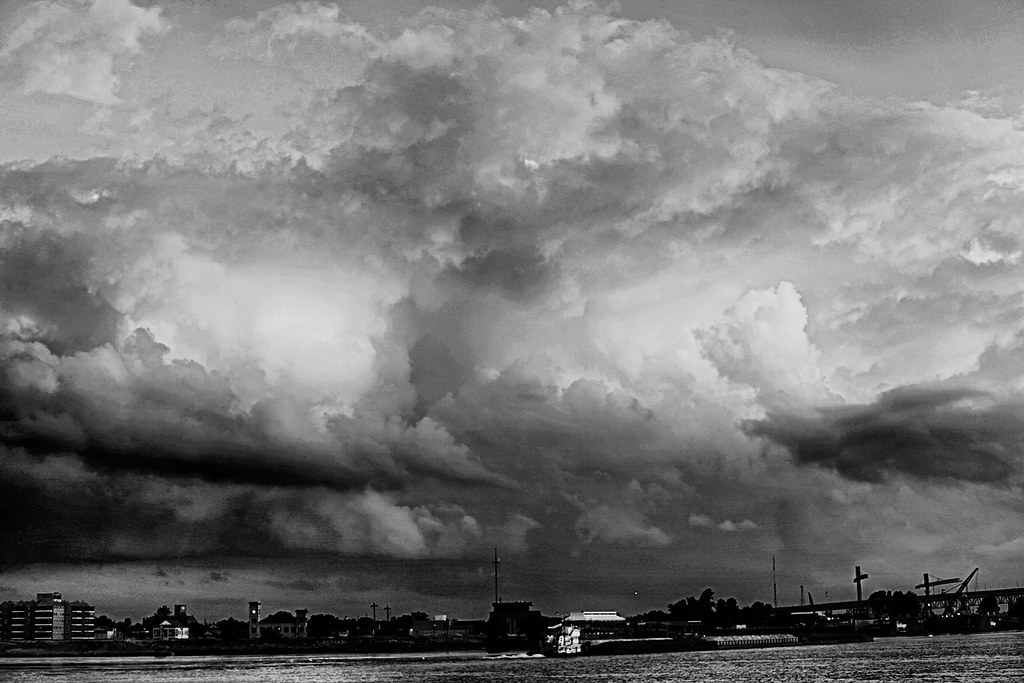 Or, he or she would have just deleted the photo outright.

So, moving on from this, the photo itself seems like it could have been really cool, but I need to learn and practice, some more skills. 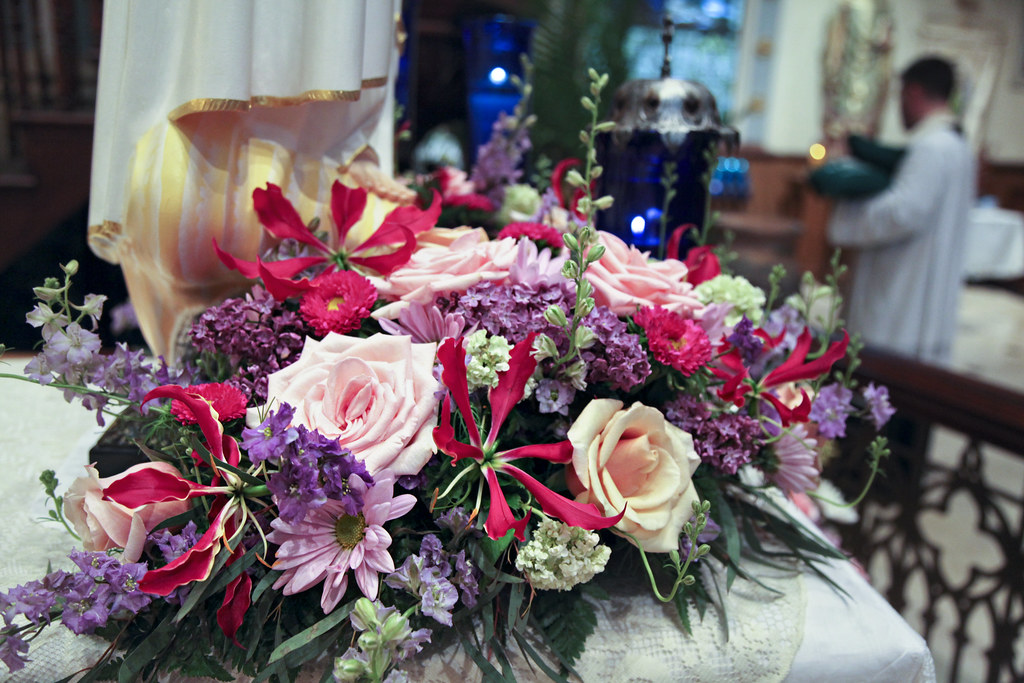 It’s either that or stick to flowers.

But hey, that’s what hobbies are for, to find some spare moments and spend them productively, learning and practicing something enjoyable. And, to have time to give thanks to God for making such a beautiful world for all of us to live in; it’s definitely worth taking more pictures and trying to get it right.