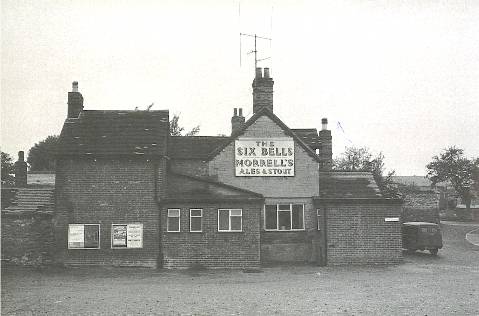 “Two of the pubs near Oxford which C.S. Lewis frequented were The Trout and The Six Bells.

Some of Lewis’s American readers had written him to inquire about his views on drinking alcoholic beverages. His response to them was in no uncertain terms:

‘I have always in my books been concerned simply to put forward mere Christianity, and am no guide on these (most regrettable) interdenominational questions. I do however most strongly object to the tyrannic and unscriptural insolence of anything that calls itself a Church and makes teetotalism a condition of membership.

Apart from the more serious objection (that Our Lord Himself turned water into wine and made wine the medium of the only rite He imposed on all His followers), it is so provincial (what I believe you people call small town). Don’t they realize that Christianity arose in the Mediterranean world where, then as now, wine was as much a part of the normal diet as bread?”

Courtesy of The Six Bells Blog.