Well, it’s back to our dramatic, exciting and revealing tale of life along the mighty Mississippi.

In case you had forgotten all about it, or are just tuning in, we’re travelling along the river, to the south of New Orleans. 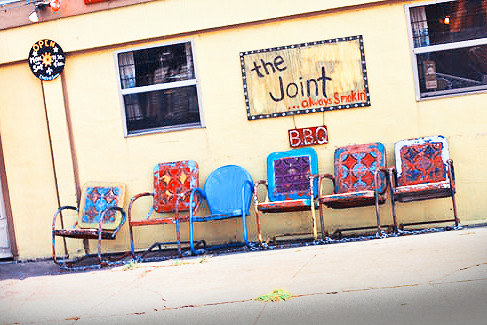 When last we met, we had just passed up Jack Dempsey’s on Poland Avenue. Right across the street from Jack’s place, is ‘The Joint‘.

Never heard of it.

But it certainly looks like a fun time. Kind of. 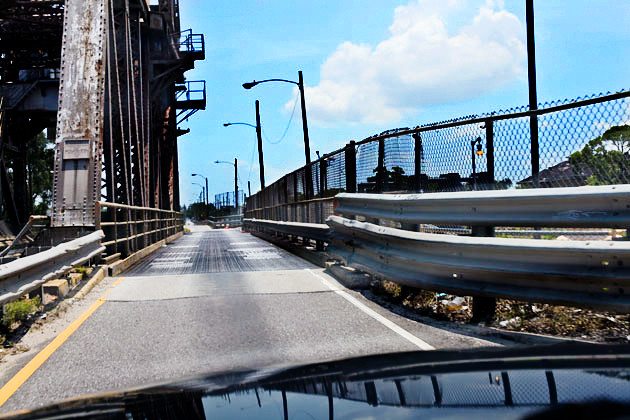 It’s never a good idea to take pictures while you drive.

But, since there was no one behind me for miles I stopped and took a picture of the old bridge across the Industrial Canal. It helps to get the feel of the rickety nature of it all.

And this brings us to an important point. The main reason you never drive along River Road outside of New Orleans and downriver from it, is that there is no River Road to the South of New Orleans. So to see the River front you have to do some driving in and out of various neighborhoods.

It’s an interesting trip. But it’s not for everyone. 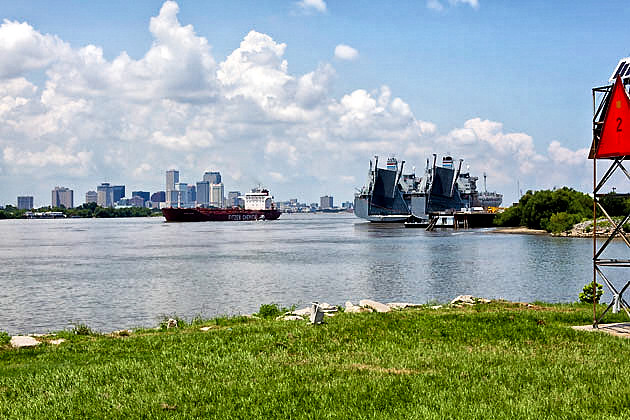 The grand view from across the Industrial Canal. Ahhh, magnifico!

Maybe not. But looking to river’s bend and the city, one wonders why those two ships on the right are sitting there. Lord only knows. They’ve become a permanent fixture. (I think I do know, but am not 100% sure.) 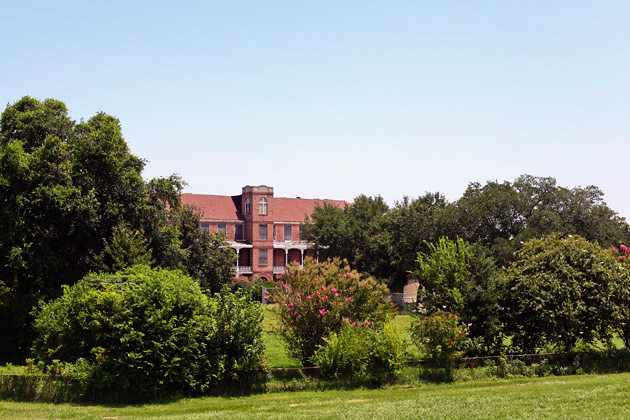 The Holy Cross School was located here until Katrina flooded it out. They have an unbelievably beautiful new campus in the city proper, in an area which was also flooded out. One wonders what will become of this old place. 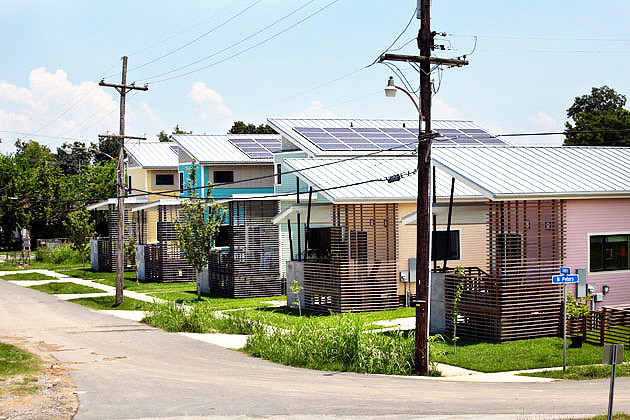 Here are some of the new houses being built from the designs fostered by actor Brad Pitt. 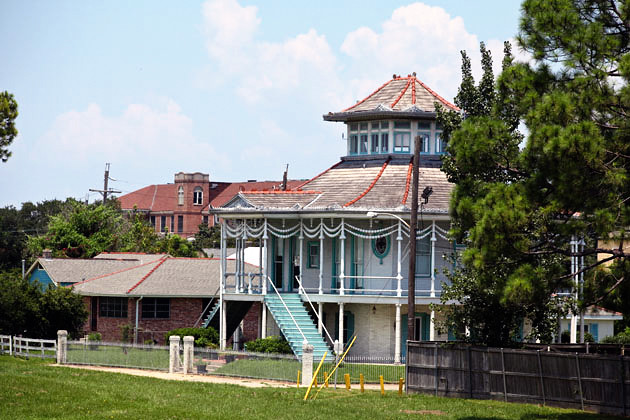 A view from this part of the levee back towards the old school, also captures one of the homes which is built to look like a river boat. 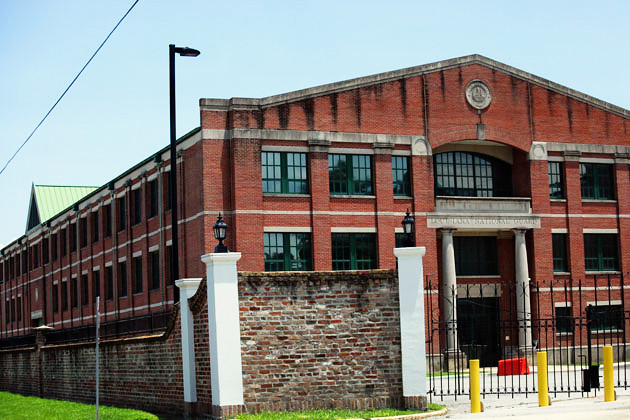 Driving along, the road ends once again and you have to go up to the highway to make a few detours. Here is a part of Jackson Barracks, used by the La. National Gaurd. 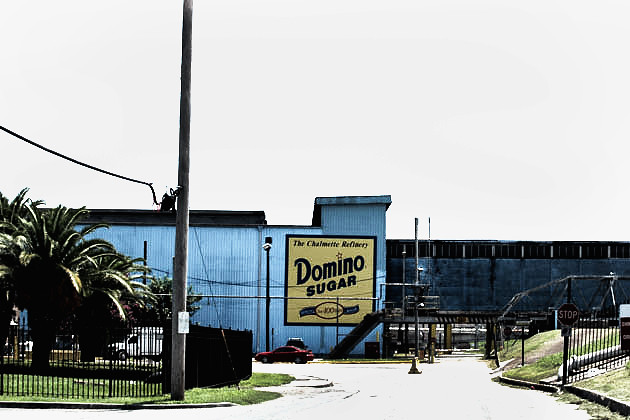 One of the last places on the along this stretch of intermingled neighborhoods and industries is the Domino Sugar refinery. Where would we be without that? 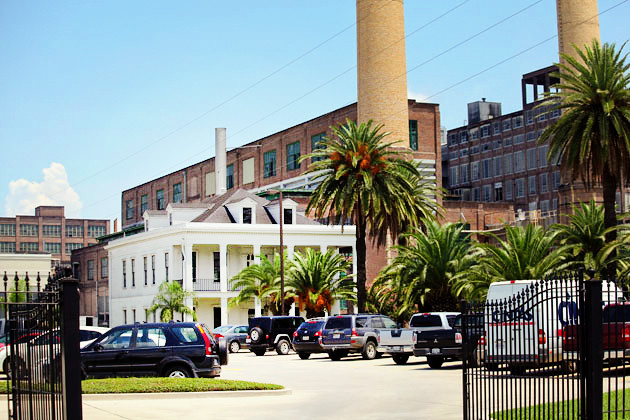 Part plantation, part factory, it looks like someplace we should have visited on a field trip as children yet, for some reason, I don’t believe we did.

That wraps up Part II of this exciting tour. I know you’ll be holding your breath waiting in anxious anticipation for Part 3. But that will have to debut sometime in the coming week.

Until then enjoy life, pray greatly, and give thanks to God for His abundant goodness and mercy.