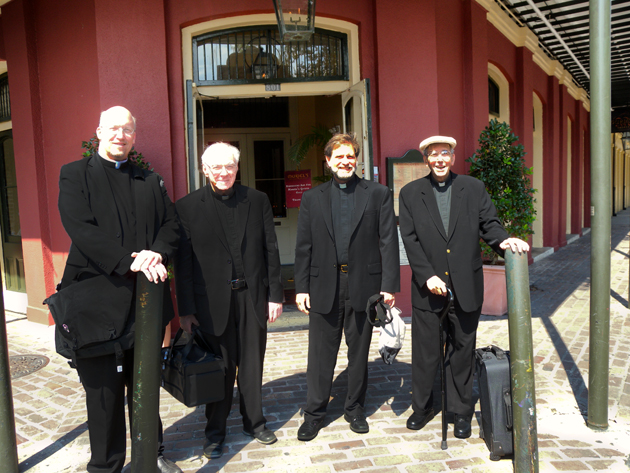 Cleaning up my computer here, and came across some pictures on my hard drive which I’ve never posted.

Before Archbishop Hannan’s funeral a group of us dined at Muriel’s. I had the grilled swordfish, and it was great. 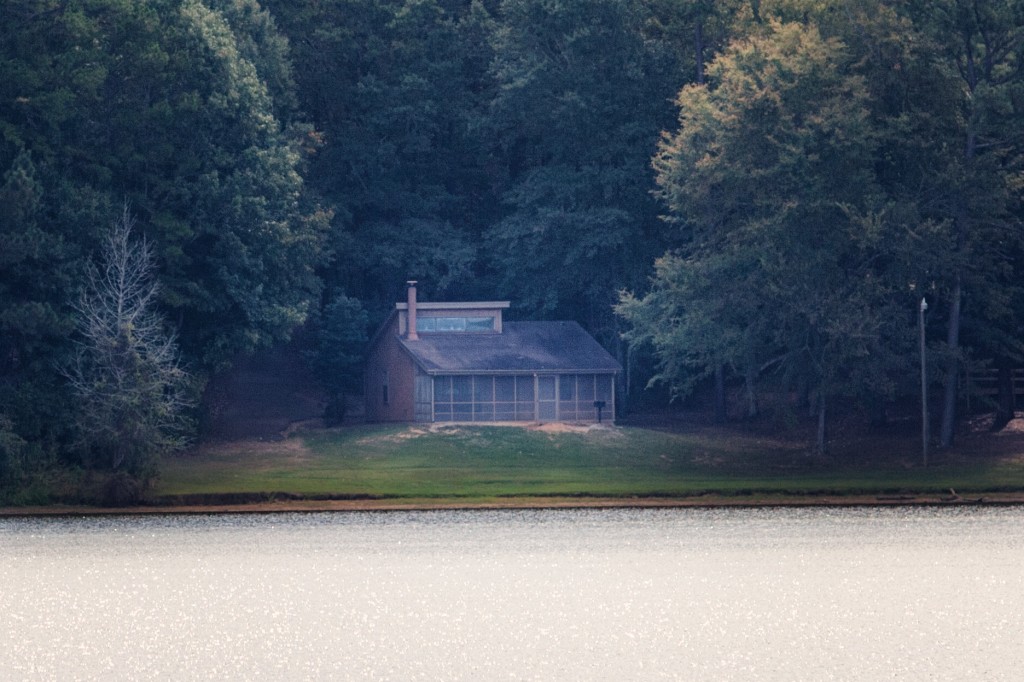 Here’s the rustic cabin I stayed in in Natchez (or technically, right outside of Natchez…)

I have this strange phobia about staying out in the middle of nowhere all alone after it gets the dark, but thankfully there are other cabins not far away. I’ll have to delve into that phobia at some point, because it’s… well, it’s ridiculous at times. 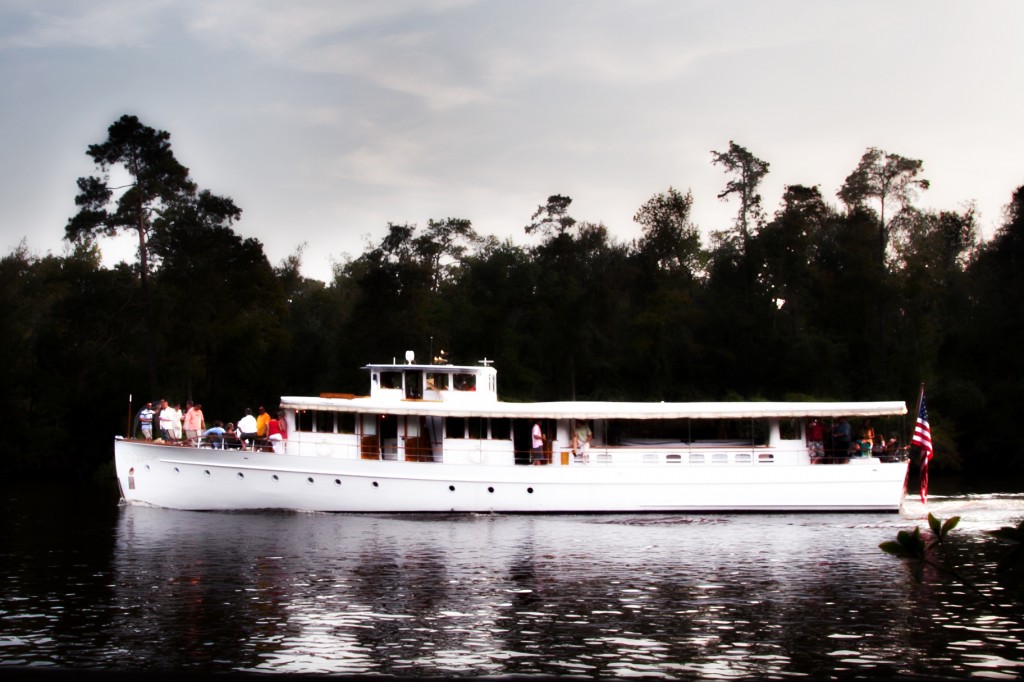 Every now and again I write about Bayou Gulch, or the Black Lagoon, a Fishing Camp across the lake. I was stunned one day to see this steam by in the river.

Just when it’s looking most like the Black Lagoon, it turns into the African Queen.

Though actually, it probably doesn’t really look like either boat. Hmm. Maybe if I put on a fish suit, and swim over and spraypaint “Rita” on the boat and… well, er… never mind.

Which reminds me of a strange story about a man a few years before us in seminary who, during his final internship, dressed up as Superman, in a full regalia, real deal, legit adult Superman costume, and started spying into the windows of the Rectory one night. He was swiftly, and mercifully, asked to leave. 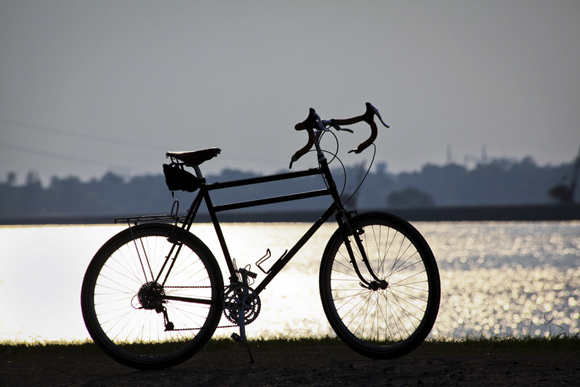 Last week I went out for a bike ride and was determined to find a way from the heart of New Metairie into Uptown New Orleans, without having to drive my bike over to the levee in my car, and then ride in that way. I will never do that again. Metairie, and Jefferson Parish in general, is not for cyclists unless you don’t mind traffic whizzing by at 30-40 mph a foot away while you occupy a third of their traffic lane. Some people love it; it’s just not my thing.

To make a long story short, I cut up a side street to get out of a very high traffic situation, and in the middle of a sidewalk that looked all clear, ready to go, was a 6-7 inch concrete curb which had no shadow in the mid afternoon sun. It was like when, the night the Titanic sank there was no moon to see icebergs, and the sea was very still so you would not even have seen the waves lick up against the bottom of the berg.

I crashed full speed into the curb, went over the handlebars and crash landed unpleasantly on my elbows and head, and bent my steering tube to the tune of about $400.00 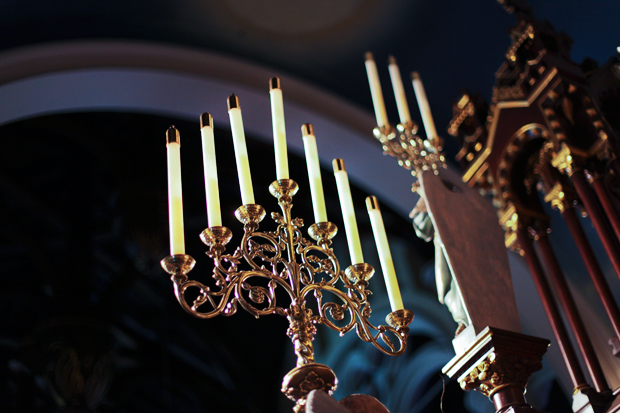 I call this one “Candelabra”.

And as we all know, I have this thing for clouds.

If you ever see me looking at the sky, and have to guess, I am probably looking at the clouds and wondering what shape they are making, and thinking about how God provides us with such incredible beauty wherever we go.

It’s one of my favorite pastimes. 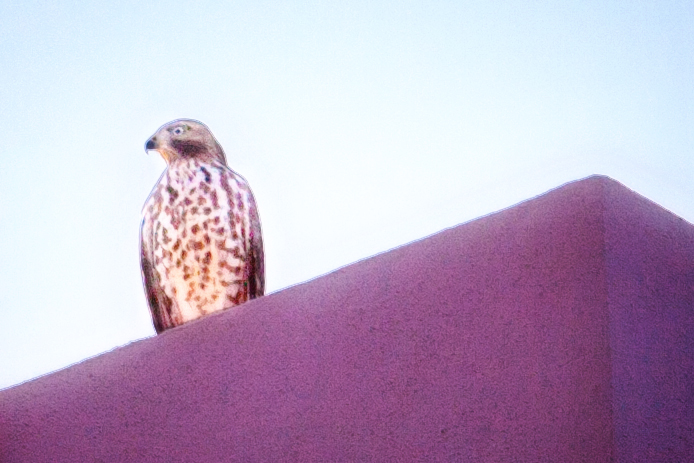 I also experiment with different lenses, and snapped this hawk atop the Church steeple. They say the little guy is here every year to winter, which is fascinating to me. 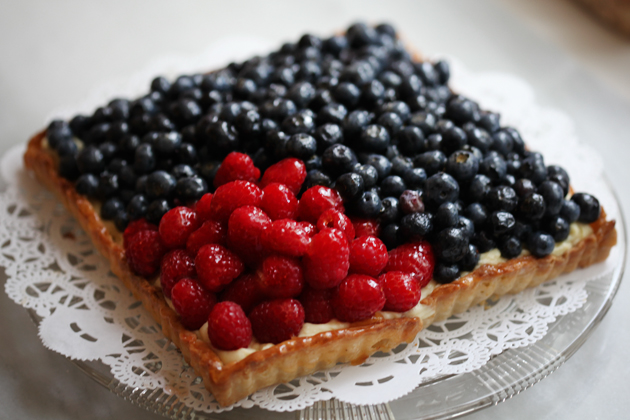 This clearly has a lot of potential, and it tasted fantastic.

It does not particularly bother me that decorating is not my forte.

Still, I’ll have to revisit this one day.

What did bother me, tonight, is this:

I was asked to play the organ for a wedding in town, which I had agreed to do as I had the evening free and I’m obviously capable of doing such a task, as I did it for 30 years, working in very good circles of musicians.

A former spiritual director said the wedding, so afterwards I told him hello before I left. He looked at me and said “That sounded great!”

But, he didn’t say it as if to really compliment me. Rather, he sounded completely amazed and mystified that it could have possibly sounded great.

I guess there’s no telling what’s on people’s minds sometimes.